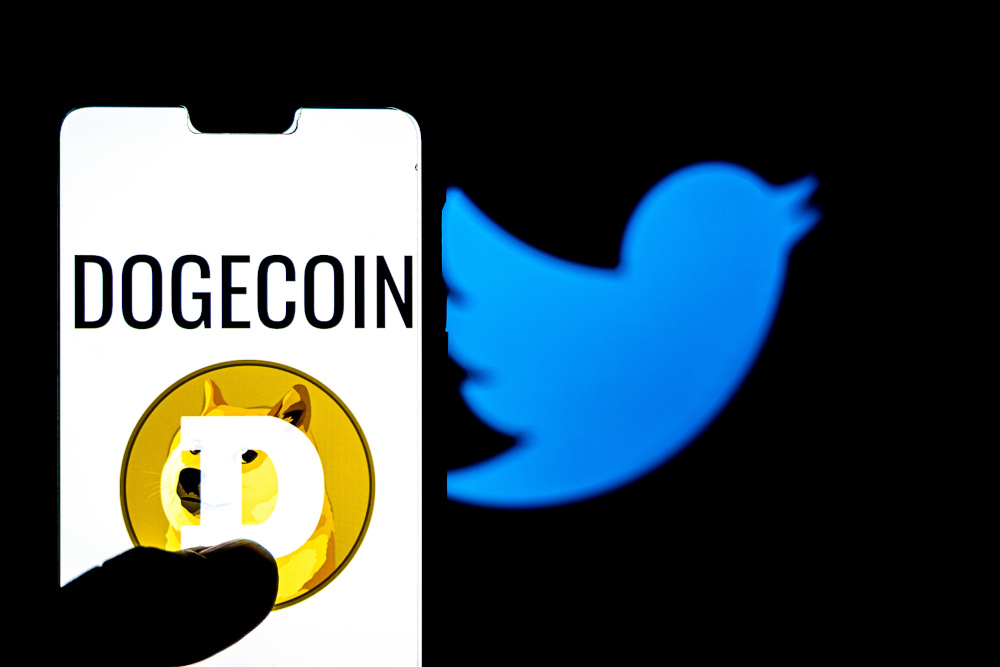 An unlikely cryptocurrency is now worth almost 50 times what it was valued on January 1 of this year. According to the Dogecoin website, the digital currency is “favored by Shiba Inus worldwide.” Clearly, Dogecoin doesn’t take itself too seriously, so why does it have a market cap of nearly $50 billion*?

Dogecoin (initially pronounced with a soft “g,” but alternate pronunciations have proliferated) was launched by IBM software engineer Billy Markus and Adobe software engineer Jackson Palmer in 2013 as a friendlier, more accessible alternative to Bitcoin. The currency was named for the popular 2013 Doge meme featuring a Shiba Inu that serves as the currency’s mascot. Dogecoin has had its ups and downs but was generally languishing before this year. On Dec. 31, 2020, a coin traded for less than half a cent, but reached a high of nearly $0.45 on April 16, 2021 – a 400% increase for that week alone. As Doge might say, much amaze!

Much like the GameStop stock runup, the 2021 increases in the coin’s price have little to do with the actual value of the cryptocurrency itself and everything to do with the celebrities who have touted it, including Elon Musk, Snoop Dogg, Gene Simmons and Mark Cuban, as well as the Reddit communities like r/Dogecoin that bought into it. The most recent spike resulted from a tweet by Musk. On April 15, he tweeted an image captioned “Doge Barking at the Moon.” Dogecoin’s price tripled over the next 36 hours on high volume.

Most people seem to be buying Dogecoin for fun, but Yahoo! Finance pointed out that a “$1,000 bet on Dogecoin at the beginning of 2021 could now buy a Tesla” and at least some traders are certainly trying to cash in. It seems likely that the Dogecoin bubble will burst, and when that happens people who bought at the height will lose their investment. Will they have any recourse? Probably not.

A Dogecoin investor might feel that Musk, no stranger to allegations of market manipulation, should be held responsible for statements that drove up the price of the currency without any regard for its actual value. And the SEC has pursued celebrities for touting coin offerings. In 2018, for example, the commission issued a cease and desist order against boxer Floyd Mayweather, Jr., in connection with his promotion of Centra Tech, Inc.’s ICO. Dogecoin, however, is distinguishable from these prior cases in several respects. First, for there to be a Securities Act claim, Dogecoin would have to be a security.

In July 2017, the SEC issued a report concluding that digital tokens could be securities and in April 2019 provided guidance on analyzing cryptocurrencies under the Securities Act. The act’s definition of a security includes “investment contracts” and the SEC applies a test first developed by the Supreme Court in SEC v. W.J. Howey Co. in 1946 to determine whether a financial instrument is an investment contract. Under the Howey test, a cryptocurrency should be considered an investment contract, and therefore a security over which the SEC has jurisdiction, “when there is the investment of money in a common enterprise with a reasonable expectation of profits to be derived from the efforts of others.” In the case of Dogecoin, there is an investment in a common enterprise but it is doubtful that buyers reasonably expects profits from the efforts of others — the original founders are no longer involved, and Dogecoin doesn’t appear to have an active management team working to increase the value of the currency. As a result, it’s doubtful an investor could argue that Dogecoin is a security.

And even if Dogecoin is a security, Musk wouldn’t be liable for his tweets. The SEC pursued him for fraud when he tweeted that he could take Tesla private for $420 a share because as the company’s CEO and a significant shareholder, he is a Tesla insider. Mayweather ran afoul of the SEC because he failed to disclose that he was being compensated for the cryptocurrencies he was touting. Musk isn’t a Dogecoin insider and presumably isn’t being compensated to hype Dogecoin. Under the current application of the Securities Act, a disappointed Dogecoin investor won’t be able to obtain satisfaction from someone like Musk. In short, our proposed plaintiff is out of luck.

Despite a concerted effort, Dogecoin supporters failed to push the cryptocurrency to a dollar on “Doge Day” (April 20, or 420 once again…), and it hasn’t again reached the heights to which Musk’s tweet propelled it. But it is certainly possible that someone (particularly a celebrity with a significant online following) could orchestrate a successful social media campaign to increase the price of a cryptocurrency. And instead of an amusing diversion, the intent could be solely to sell at a profit — a classic pump-and-dump scheme. Perhaps an investor could claim to have reasonably relied on the efforts of the celebrity with “an expectation of profits” in order to treat the currency as an investment contract and thus a security. The next step in the argument would be that although not a classic insider, the celebrity’s active role in pumping the coin supports treating him or her as an affiliate subject to liability. It’s a rapidly evolving area of the law with lines that have yet to be clearly established.

If you have questions or would like to discuss further, please reach out to Christopher Hubbert at cjh@kjk.com or 216.736.7215.