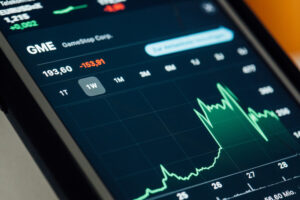 At this point, almost everyone in the U.S. has taken note of the ongoing battles concerning GameStop stock, Reddit and hedge funds. For once, America seems to finally agree about something: much of the market looks like it’s a bubble.

Before getting into details on the fight, here is a little background on GameStop. GameStop as an entity was in years of decline. GameStop fell victim to the decrease in market for physical game media due to the rise of digital media. GameStop was further hurt by the rise of e-commerce and the move away from brick and mortar retail.

To turn GameStop’s downwards trajectory around, it hired design firm R/GA and, in July 2019, presented plans to revamp its stores, focusing on competitive gaming and retrogaming. GameStop further entered many multi-year deals with esports organizations for sponsorships. When looking back at recent GameStop 10-Qs, GameStop actually maintained a solid financial position and sustained enough cash to cover all debts.

But shortly after these decisions to revamp GameStop stores, in March 2020, the U.S. government’s efforts to slow down the spread of COVID-19 required the company to close all of its remaining 3,500 stores. As a result, GameStop endured massive losses in revenue. However, GameStop CEO George Sherman remained positive, opining that the release of Microsoft’s and Sony’s newest consoles would buoy sales.

Now cue Reddit, hedge funds and the trading apps who begin to play out the short squeeze over January 2021. Despite Sherman’s positive outlook, hedge funds, such as Melvin Capital, bet heavily against GameStop – and Redditors took notice. Members of the Subreddit “WallStreetBets” decided to pile funds into GameStop with the aim of pushing up the share price to inflict losses on short sellers, including Melvin Capital.

This would appear to be nothing more than a massive success story for the “Little Guy.” However, trading apps that specialize in giving that little guy access to the market are feeling backlash due to their recent reactions to this apparent bubble. Robinhood specifically has taken the brunt of the force. On Jan. 28, 2021 Robinhood infuriated users by freezing trades on several stocks that gained popularity on WallStreetBets. That included GameStop stock ($GME) as well as AMC ($AMC), BlackBerry ($BB), Bed Bath & Beyond ($BBBY) and Nokia ($NOK). The company defended the move in a blog post, calling it a “risk-management decision” undertaken in the face of “extraordinary circumstances.”

The risk management decision appears to be more about Robinhood’s ability to collateralize its own business, as opposed to the investors themselves. As Robinhood’s users embraced the highly volatile stocks, the trading platform was forced to substantially increase the amount of money it deposits with the clearinghouse that processes its trades. On Thursday, an arm of the Depository Trust and Clearing Corporation, Wall Street’s main clearinghouse for stock trades, demanded $3 billion in additional collateral from Robinhood to cover risky trades by its customers, according to Vlad Tenev, the trading app’s chief executive. That demand was later reduced to about $700 million. Robinhood has now raised $1 billion from existing investors. The firm also tapped a credit line of at least $500 million to cover the additional collateral required.

Robinhood now faces dozens of lawsuits stemming from restricting these trades. Some plaintiffs simply complain about missing a potential windfall, but others lay out more specific damages: Patryk Krasowski of Illinois, for instance, claims he lost $220,000 because Robinhood wouldn’t let him exercise GameStop purchase options.

Robinhood has since lifted the blanket freeze on GameStop stock and others, but it has maintained strict trading limits for users. The theme of the last few weeks has been the little guy fighting the proverbial “man.” Only time will tell if that theme follows Robinhood in its legal battles against its customers.