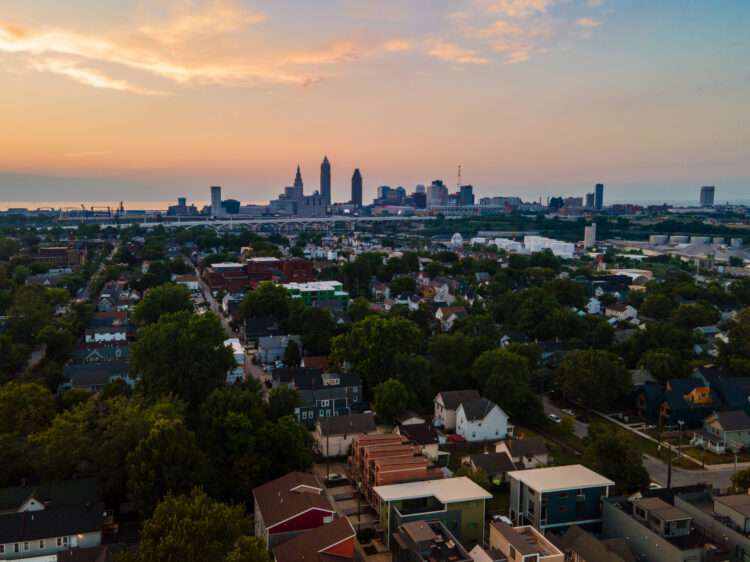 In the summer of 2019, Cleveland’s Office of Community Development and the Equitable Community Development Working Group commissioned a study (the “Study”) to identify the historic usage of the City’s Tax Abatement Program (the “Program”), as well as the benefits the Program provides to the City over time and what changes could be made to the Program to enhance housing and investment equity throughout the City.

The Study, completed by the Reinvestment Fund, PFM, the Greater Ohio Policy Center, Neighborhood Connections and Leverage Point Development, focused on those three key questions—historic usage, value to the City and recommendation changes.

After six months of analysis, the Study arrived at several key findings.

First, the Program has driven substantial economic activity in the City. Of the abatement examined, the Study found that by 2018, 59% had returned to the City’s tax rolls. New tax revenue from the Program has provided $2.2 million to the City, $7.7 million to the Cleveland Metropolitan School District, and $2.3 million to Cuyahoga County. Several Cleveland neighborhood populations are growing, public and private social programming has returned to various neighborhoods and positive activity is attracting new community members from both inside and outside the region.

While new tax revenue is a sign that the City’s abatement program is working from an economic benefit viewpoint, ultimately it is also a sign that the program is working in relation to its original intent: revitalize housing stock and construct new housing to house people that contribute to the social and economic benefits for the overall good of the community. On a practical level, while evidence for the economic reward for Cleveland urban development continues to grow, in Cleveland the abatement is needed to offset the higher cost of an urban development when compared to suburban or rural greenfield development. For example, most urban developments have higher site acquisition costs, permit, zoning and other entitlement costs, lengthier entitlement review times, legacy environmental condition costs, small site design related costs and higher overall construction cost structures, among other items.

Second, while the Program has driven substantial economic activity in the city, this activity has become increasingly isolated in specific neighborhoods and increasingly focused on a smaller variety of projects. Specifically, the Program has been perceived to drive large, multi-family development projects in areas in, or immediately adjacent to, the Downtown area—such as Ohio City, Tremont, Detroit-Shoreway and University Circle—while other inner-ring neighborhoods have seen little or no investment through the Program. The areas that have seen new residential development have had several positive neighborhood factors in place to attract residents such as: proximity to complementary land uses such as parks, trails, walkable neighborhood commercial districts, private or public event and activity programming, major employers and quick and easy access to transportation networks. As positive neighborhood factors accumulate in initial nodes, development appeal should transfer to adjacent areas as new businesses and residents become attracted to communities and existing businesses and residents see value in investing in or maintaining existing businesses or properties.

No Consistent Link Between the Program and Displacement

Third, while the Program has frequently been the subject of concerns that the development it is designed to spur will displace low-income members of neighborhoods undergoing redevelopment, the Study found no consistent link between the Program and displacement. The Study did not identify any significant impact on overall sales transactions, home sale prices, foreclosure activity or increased property tax burdens. Nationally, the interplay between supply and demand continues to heavily influence rents and home pricing and the issue has been on policymakers’ radar for decades. Areas of the country that have experienced heavier and more sustained development creating perceived displacement issues have been dealing with issues in ways outside of property tax abatement changes.

In addition to these findings, the Study identified that local institutions, observers and residents recognize the value of the Program but desire a balance between that value and protecting current residents from displacement.

Displacement is a function of change over time. Households within neighborhoods change over time due to a myriad of factors such as expansion and contraction, employment and retirement, among others. As a household’s status changes over time, so does the household’s housing needs. A household consisting of a young family with two parents and two children has different spatial housing needs than an empty nester household nearing retirement age. While some households may choose to remain in place for the duration of their existence, it is common practice for households to move to housing that best suits their needs or tastes. If appealing housing stock suitable to all needs exists within a neighborhood, displacement – on a neighborhood scale – is less likely to occur. Insofar as the abatement program incentivizes the development of housing, the abatement program itself may prevent or mitigate impacts of displacement on a neighborhood level. However, preventing displacement on a household scale would likely require a much greater level of community and government involvement and cost due to the common progression of household changes and their causes. A property tax abatement program alone is not ideally suited to address displacement related to household changes. Accordingly, a property tax abatement program should not be calibrated toward addressing household displacement because it is not the tool best suited for the job due to complexities impacting household displacement. If the Cleveland abatement program as it exists for new and newly rehabilitated housing is not accomplishing the wide range of objects of the City including displacement prevention, perhaps the abatement program can be expanded or modified to provide incentives for in-place households to invest in their current properties on less intensive levels and remain in place. Tax abatement, in conjunction with other forms of action by local governments and actors beyond local government, is likely to have a greater likelihood of success in preventing household level displacement than tax abatement alone.

The Study’s overall findings informed its recommendations to amend the Program to ensure broader and more equitable investment and economic development throughout the City while simultaneously protecting current residents. Many of the Study’s recommendations were ultimately incorporated into the final refresh of the Program.

One recommendation of the Study that had near-universal support, and which was incorporated into the final Cleveland ordinance, was the continuation of the Program tied to green construction standards. These standards, as provided for in Cleveland’s Green Building Standard Handbook, include requirements such as building housing that is

While compliance with such standards may increase the cost of construction and renovation, green building standards provide long-term cost savings, improve the quality of existing communities and attract new residents to the City. Developed properties with green building certifications tend to achieve higher rents and sales pricing as of a result of their increased appeal to owners, tenants and investors. Green building standard attainment is a critical factor for developers looking for capital to consider given the increased presence of environmental, social and governance (ESG) criteria used by investment funds.

Another of the Study’s key recommendations is the capping of abatements for single-family residences at $300,000. Such a cap would continue to benefit the vast majority of single-family residences in the City — 99% of which sold below that threshold during 2017 and 2018 — while limiting the City’s tax losses on more valuable properties. Ultimately, the City adopted a version of this recommendation, capping abatement at $350,000 of single-family housing in “Market Rate” zones of the City, and $450,000 for single-family housing located in “Middle” or “Opportunity” zones.

The final major recommendation of the Study that is incorporated into the revised Program is the use of Community Benefit Agreements (CBAs) for certain new developments. These CBAs would require builders to set aside a certain percentage of units in multi-family developments as affordable housing or pay a fee for each unit that does not comply with the requirement. For multi-family development in Market Rate zones of the City, 25% of units must be set aside as affordable housing, as well as 15% in Middle Market zones, and 5% in Opportunity zones. The development and operation of affordable housing development is subject to various additional costs imposed by regulatory compliance requirements. Changing the abatement incentive structure may not be enough to spur the affordable housing development targeted by policy makers. As simple solutions for affordable housing issues continue to prove to be evasive, the City, developers and stakeholders would do well to continue to have a positive, collaborative dialogue to increase awareness of issues and opportunities.  A meaningful continuing exchange of ideas amongst engaged stakeholders should provide greatest potential for problem solving and shared successful outcomes. Some communities have turned to community-based development organizations as vehicles to mitigate affordability based displacement impacts.