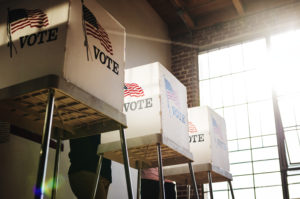 On Monday evening, the Trump administration announced that while it was still challenging the election results in court and requesting recounts, the transition to Joe Biden’s administration is also formally starting.

But with 14 days until the deadline for states to select electors to the Electoral College, election litigation continues and questions are still arising with regard to the results. We answer the top legally related questions that remain.

What Is Certification and What if It Didn’t Happen?

The results reported on election night (or in the week following election night this year) are not final until state and local officials certify them. While the certification process varies from state to state, generally the process follows the same steps. Within a certain number of days after the election, disputed ballots must be adjudicated, provisional ballots reviewed, post-election audits conducted and numbers double-checked for accuracy. Then the local election officials, often referred to as a canvassing board, certify the final results.

In a presidential election, certification is especially important because electors the state is sending to the electoral college are determined based on certification. And the window for certifying results is narrow: Under federal law, states must settle any presidential election disputes and determine which electors it is sending six days before the Electoral College meets. This year, that deadline is December 8, with the Electoral College meeting on Dec. 14, 2020.

Most of the litigation that the President’s campaign filed asked courts to prohibit certification. That’s because if the election results weren’t certified, state legislatures might be able to step in and appoint electors. Because the legislatures in the states in question are Republican-controlled, that would mean that they could appoint electors for Trump instead of Biden. So far, almost all of the states in question (Georgia, Michigan, Pennsylvania, Nevada) have certified their results, though some are in the process of a recount.

Him plus the two Democrats means the results will be certified pic.twitter.com/5KicQRiGV7

What’s Happening in the Wisconsin Recount?

Generally, recounts cannot happen until after county canvasses are complete and are only allowed under certain circumstances either as a matter of right—when elections are very close—or when requested. So far, the only two states where a recount is occurring in the Presidential election are Georgia and Wisconsin.

The recount in Wisconsin started last week in Dane and Milwaukee counties. These counties are the two most heavily Democratic in the state. The recount process has not gone smoothly so far, with reports of high levels of tension, observers being removed based on their behavior and large numbers of ballot challenges delaying the process. Both Milwaukee and Dane Counties do expect to complete the recount by the state’s certification deadline of December 1st.

During the recount, Trump Campaign attorneys have sought to have several categories of ballots excluded from the count or segregated. Segregated ballots are being counted but would allow the Trump campaign to potentially file a lawsuit in an effort to disqualify these after the recount is completed. Here are the three categories of challenges so far:

What About Georgia’s Recount?

Georgia’s recount is particularly interesting because it is occurring after a full hand tally of votes already took place in the state. Part of the state’s required “risk-limiting audit,” the review did turn up two memory cards from ballot scanners that hadn’t been tabulated and ballots that hadn’t been scanned, though election officials have stated those omissions would have been identified during the certification process, regardless of the hand tally.

According to the state’s report, the hand tally results showed a variation in margin of less than 0.05% in 103 of the state’s 159 counties with the counties that had missing memory cards showing the largest margin at variation no greater than 0.73%. Biden’s lead following the hand tally stood at more than 12,000 votes. While the hand tally was not a formal recount under the letter of state law, the recount will now just scan the ballots through digital ballot scanners.

What’s Going on in Pennsylvania?

Pennsylvania has seen by far the largest volume of election litigation. The Trump Campaign has filed five state court cases and two federal court cases. Currently, the case most likely to impact the election is one of the two federal cases, as the state cases have generally resolved against the President’s campaign.

After a four–hour long hearing in the case on Tuesday, November 17, Judge Matthew Brann issued a 37–page opinion dismissing the campaign’s claims with prejudice. Though Brann was appointed by Obama, he has long been active in Republican politics and is a member of the Federalist Society, a conservative legal group. An excerpt from the ruling is below:

In this action, the Trump Campaign and the Individual Plaintiffs (collectively, the “Plaintiffs”) seek to discard millions of votes legally cast by Pennsylvanians from all corners – from Greene County to Pike County, and everywhere in between. In other words, Plaintiffs ask this Court to disenfranchise almost seven million voters. This Court has been unable to find any case in which a plaintiff has sought such a drastic remedy in the contest of an election, in terms of the sheer volume of votes asked to be invalidated. One might expect that when seeking such a startling outcome, a plaintiff would come formidably armed with compelling legal arguments and factual proof of rampant corruption, such that this Court would have no option but to regrettably grant the proposed injunctive relief despite the impact it would have on such a large group of citizens.

That has not happened. Instead, this Court has been presented with strained legal arguments without merit and speculative accusations, unpled in the operative complaint and unsupported by evidence. In the United States of America, this cannot justify the disenfranchisement of a single voter, let alone all the voters of its sixth most populated state. Our people, laws, and institutions demand more. At bottom, Plaintiffs have failed to meet their burden to state a claim upon which relief may be granted. Therefore, I grant Defendants’ motions and dismiss Plaintiffs’ action with prejudice.

The Trump campaign has now appealed Judge Brann’s decision to the Third Circuit. The court has set an expedited briefing schedule for the case. Attorneys for the President have stated that their goal is to get the case to the Supreme Court.

Though cable news networks, the President and many Republicans have repeatedly talked about voter fraud, the complaints filed in various states have not actually claimed fraud. Indeed, during a hearing last week in federal court, Rudy Giuliani told the judge that they were not alleging fraud.

There’s a reason for that. Under the rules of civil procedure, “a party must state with particularity the circumstances constituting fraud or mistake.” That means a plaintiff alleging fraud must provide details of the alleged fraud – answering key questions of who, what, when, where and how the fraud occurred. Vague allegations of misconduct are not enough.

To date, lawsuits filed by the Trump campaign or Republican voters in key states have mostly been generalized statements about suspicious activity or based on inadmissible hearsay. Because of that lack of detailed evidence presented to date, the complaints filed won’t include fraud allegations.

KJK will continue to monitor all election-related litigation and provide updates. You can view our previous election litigation articles here and here.