Election 2020: The Trump Campaign’s Lawsuits and Where They Stand 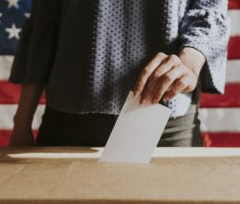 By Jennifer Hart and Alexis Preskar

Nearly two weeks after the presidential election on November 3, 2020, litigation is continuing in several key battleground states. We are not detailing all factual or legal claims in each case, but we have gathered the key litigation and are providing a summary of the major cases in key states.

Status: Dismissed due to withdrawal of the request by the Trump Campaign

Summary: While the Trump team had filed lawsuits challenging the vote count in Arizona due to alleged tabulation machine irregularities and the use of Sharpie markers, the court in Maricopa county dismissed the suit Friday as the Trump campaign filed a notice withdrawing their request because the number of contested ballots would not affect the outcome of the election.

Summary: Several voters seek to exclude all of the votes cast in several Georgia counties, including all counties in the Atlanta metro area on the basis that the counties included fraudulent and illegal ballots, diluting plaintiffs’ votes. The complaint alleges that voters were recorded as having voted absentee, even though they voted in person and did not register absentee; voter registration exceeded recent estimates of the population of these counties, and that based on a partisan study, that non-citizens voted.

Summary: A conservative legal group challenged the City of Detroit and asked to delay the certification of the vote, claiming there were irregularities occurring within the TCF Center where absentee ballots were counted. Plaintiffs claimed that they witnessed an extraordinary number of ballots being cast for President-Elect Biden and were not able to view the ballots as they were counted or be let into the Center due to COVID-distancing measures. The City responded with affidavits from elections officials explaining that nothing untoward had occurred in the TCF Center and what the plaintiffs observed was routine and standard ballot counting.

Summary: Republicans allege that they were denied meaningful access to observe the counting of votes and alleged irregularities in the counting of absentee ballots. The trial court denied the motion on two grounds: (1) it was brought against the wrong party as the Michigan Secretary of State does not oversee ballot-counting and (2) the votes had already been counted at the time of the lawsuit, so the claim was too late.

The case is up on appeal, however the Trump campaign originally failed to include the necessary documents to appeal, though they have stated they are correcting the docket.

Summary: The Trump campaign also brought a federal suit, making essentially the same claims that Republicans had not been able to observe the count in Washtenaw, Wayne, and Ingham counties (the counties for Ann Arbor, Detroit, and Lansing, respectively).  The federal suit had also run into procedural issues as the courts had to transfer the case to the correct jurisdiction as it was originally filed in the wrong court.

Summary: The lawsuit was brought in federal court to halt the counting of ballots in Clark County (Las Vegas) because of allegations that the signature verification software that the county uses is faulty and that an observer was not allowed enough access to the counting. This case was not brought by the Trump campaign, but instead by several individuals. Specifically, one voter claims that she was denied the opportunity to vote in person because Clark County records indicate she submitted a mail in ballot. According to Clark County election officials, their review indicates that the signatures are a match. They state that they offered the voter an opportunity to sign an affidavit that she hadn’t submitted the mail in ballot and vote in person, but she refused.

Summary: In Pennsylvania, mail in ballots cannot be processed until election day. And because mail in ballots were historically only allowed due to unavailability of the voter, there are no rules relating to whether or not a voter can “cure” these defects. Consequently, the Secretary of State of Pennsylvania told local election boards that if they noticed during their pre-canvass that a voter’s ballot would not be counted, they could inform the voter and the political parties so that the voter could vote via a provisional ballot. Republicans filed suit to prevent the counting of these provisional ballots as a violation of the election laws of Pennsylvania. On Friday, November 6, a trial court ruled partly in favor of the Republicans, ordering that this type of provisional ballot be preliminarily segregated while the counting continues of other unchallenged ballots. This decision was appealed and the appeals court ruled that these mail in ballots cannot be cured under Pennsylvania law and therefore these provisional ballots cannot be counted.

Status: Pending in the trial court with hearings scheduled for this wee

Summary: The suit asked a judge to block officials from certifying the election results on the basis that: (i) poll observers were kept too far away from vote counters in several counties, including Philadelphia and Allegheny; (ii) that voters received differing treatment depending on whether they were in in Republican- or Democratic-majority counties; and (iii) that mail-in and in-person ballots were given different scrutiny, in potential violation of the Constitution. Election officials have said they followed the state’s election code. The suit also asked that 600,000 votes that were counted while poll observers were kept at a distance be disqualified.

Status: Pending before the US Supreme Court

Summary: The question in this case is whether “late arriving ballots” – meaning ballots that were postmarked before election day that arrived after election day – can be counted. Pennsylvania law states that “a completed absentee ballot must be received in the office of the county board of elections no later than eight o’clock p.m. on the day of the primary or election.” However, the Pennsylvania Secretary of State directed local boards of election to count ballots that arrived by the Friday after election day so long as they were postmarked by election day.

Summary: Four voters seek to exclude all of the votes cast in three majority Democratic counties (Milwaukee, Dane and Menominee Counties) from Wisconsin’s vote total. This request is based on the claim that voters in those counties were disenfranchised because illegal ballots diluted their votes. In support of this sweeping request, the complaint argues that vote by mail is generally prone to fraud and cites several allegations by voters identified only by their initials who claimed that they received absentee ballots but didn’t request them. Further the complaint alleges that at least three absentee ballots were sent to dead voters and that these votes were counted. This case is nearly identical to the case in Wisconsin and was filed by the same attorney.

KJK’s attorneys continue to follow all election-related litigation and will provide updates and analysis as vote counting and certification continue. Please contact Jennifer Hart at jmh@kjk.com or 216.736.7208 or Alexis Preskar at avp@kjk.com or 614.427.5748 with any questions.