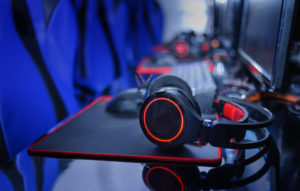 With global esports revenues topping $1 billion in 2019, investors and players alike are seeing the benefit of joining the industry. Esports growth, in both viewership and revenue, drives the industry’s presence in mainstream entertainment, including tournament coverage on channels such as ESPN-2. If you’re not familiar, esports is competition through video games, with professional players competing in front of spectators, often for money and other prizes. As this industry grows, the community and those interested in investing are realizing its potential – and thus the requirement of legal protections.

Recent headlines in the esports community have prompted both players and teams to reevaluate their contract provisions. One of the largest stories to break this year involves a contract dispute between one of the most popular esports organizations in the world, FaZe Clan, and one of the leading Fortnight players, Tfue (Turner Tenney).

In April 2018, FaZe Clan entered a contract with then-20-year-old Tfue, which they labeled a “Gamer Agreement.” Tfue has since publicly criticized both the contract and FaZe Clan on YouTube for “taking advantage” of him and “people just like” him.  On May 20 of this year, Tfue filed suit against FaZe Clan in California’s Los Angeles County Superior Court over the contract.  Headlines and videos surrounding the lawsuit primarily focus on the allocation of compensation between Tfue and FaZe Clan, particularly that FaZe Clan collects 80% of the revenue from third-party sponsor agreements it brings to Tfue.

The “Gamer Agreement” was leaked online prior to release by either party. While compensation is a primary factor when deciding whether to enter a contract, it is not the only clause of which esports participants must be cognizant. When analyzing terms of the leaked contract, multiple sections raise concerns for the individual players agreeing to these terms.

At the end of the term of the Gamer Agreement, Tfue and FaZe Clan must enter into a 30-day negotiation period for renewal terms of the agreement. If an agreement is not reached during that period, Tfue has the right to seek offers from third-party organizations during the next 30 days. If a third-party organization makes an offer to Tfue that he wishes to accept, Tfue must provide that offer to FaZe Clan; if FaZe Clan matches the offer, Tfue is required to accept FaZe Clan’s matching offer.

The Gamer Agreement essentially permits FaZe Clan to keep Tfue as a Fortnite player indefinitely. The Agreement is silent as to whether Tfue could create his own esports organization, which he has shown interest in, and leave FaZe Clan’s Fortnite team.

The monthly fee that organizations pay athletes is not where a skilled gamer’s revenue is primarily generated. However, athletes are still compensated on a monthly basis, and FaZe Clan paid Tfue $2,000 per month. The issue here is not the salary, but the contractual imbalance that allows FaZe Clan to adjust Tfue’s monthly compensation. The Gamer Agreement states that Tfue’s monthly compensation was subject to review at the end of each six month period of the three-and-a-half year term. Based on those reviews, compensation may be, at FaZe Clan’s sole discretion, increased or decreased by up to 25%.

This section gives FaZe Clan the sole right to decrease Tfue’s monthly compensation by up to $500 every six months. The contract does not set any parameters for what must be considered in those reviews or what goals must be achieved for a positive review. It further does not provide for termination by Tfue or means to appeal or dispute a reduction in compensation.

The Gamer Agreement states in Exhibit A: Terms & Conditions that, “Gamer shall not engage in any activities that interfere with or delay the rendering of Gamer’s Services hereunder. Company’s determination in all manners respecting the performance of Gamer’s Services will be final and controlling.”

This section goes beyond a normal morals clause and gives FaZe Clan broad discretion to determine what constitutes an activity that interferes with Tfue’s services.

The Terms & Conditions also state, “all work product, deliverables and content, and all intellectual property rights therein and related thereto (collectively “Results and Proceeds”) shall be owned exclusively by Company in perpetuity, throughout the universe . . . As the rightful owner, Company has the unlimited right to cut, edit, add to, subtract from, arrange, rearrange, or otherwise modify the Results and Proceeds.”

The Terms & Conditions state, “Gamer hereby grants to Company an exclusive, transferable, assignable, sublicensable, royalty free, fully paid, universal right and license, but not the obligation, to use and authorize others to use Gamer’s name(s), voice, image, photograph, personal characteristics, signature, actual or simulated likeness, expressions, performance, attributes, personal experiences and biographical information (collectively “Name and Likeness”) in connection with (i) the advertising, publicity, promotion, merchandising, exhibition, and other exploitation of the Services, and (ii) all versions and formats and the businesses, services, programs and/or products of Company . . . in any manner…”

Due to the novelty of the esports industry, athletes overlook their ability to negotiate contracts and the rights they relinquish. Too often, athletes agree to the first contract they’re given, when organizations expect pushback. Even FaZe Banks, a creator of FaZe Clan was quoted as saying, “obviously Turner’s initial contract was horrible. Nobody ever disagreed with that.” Tfue’s legal battle demonstrates the importance of young talent preparing for future success by understanding exactly what they’re signing.

In the future, we will also address why teams need to include versions of these clauses to protect not only themselves, but the athletes they sign.