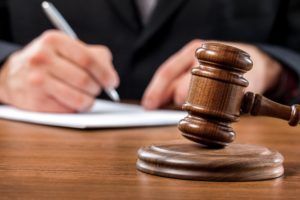 On August 31, 2017, a United States District Court Judge in Texas, Judge Amos L. Mazzant III, struck down a portion of the Obama administration’s so-called overtime rule, which it introduced in May 2016.  The new rule would have increased the minimum salary level for exempt employees from $455 per week ($23,660 annually) to $913 per week ($47,476 annually), and it also included an automatic updating mechanism that adjusts the minimum salary level every three years. The changes to this provision, which is referred to as the “white collar” exemption, would have made roughly four million more workers eligible to receive overtime benefits.

By way of background, in November 2016, Judge Mazzant had issued a preliminary injunction enjoining the implementation of the overtime rule, which was scheduled to go into effect on December 1, 2016. Following the injunction, the overtime rule’s chances of survival were in serious jeopardy, as the Trump administration was likely to put in place a much more employer-friendly Department of Labor than it was under the Obama administration. By his new ruling invalidating the “white collar” exemption, Judge Mazzant struck a significant blow to the overtime rule.

Judge Mazzant decided both the injunction and this recent decision on largely the same rationale: The DOL has “exceeded its authority and gone too far” with the overtime rule. In his ruling, Judge Mazzant stated that the overtime rule effectively creates a salary-based test for overtime benefits without considering an employee’s duties or responsibilities. Judge Mazzant opined that this did not give effect to Congress’ original intent when crafting the law. Based on this rationale, he also struck down the portion of the rule that would have automatically increased the minimum salary level every three years.

The opinion is not all bad news for proponents of the overtime rule. Judge Mazzant is not opposed to the idea of an increase in the minimum salary level, but rather, the significant amount by which it was increased made it overreaching. In fact, he stated that an increase tied to inflation would likely be permissible.

For employers this means that the status quo remains in effect, meaning that they should rely on the current $455 per week ($23,660 annually) scheme for determining whether an employee is exempt.