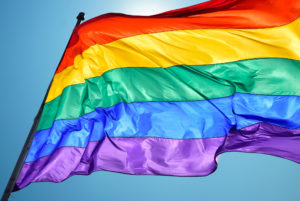 On April 4, 2017, the Seventh Circuit Court of Appeals held that Title VII of the Civil Rights Act of 1964 prohibits workplace discrimination on the basis of sexual orientation – the highest court to reach such a conclusion.

Title VII prohibits employment discrimination “based on race, color, religion, sex and national origin.” A number of states and the Equal Employment Opportunity Commission (“EEOC”) have previously ruled that the term “sex” in Title VII provides protection for sexual orientation, in addition to gender.

In 2015, the EEOC stated that “[t]he question is not whether sexual orientation is explicitly listed in Title VII as a prohibited basis for employment actions. It is not.” But rather, “[s]exual orientation discrimination is sex discrimination because it necessarily entails treating an employee less favorably because of the employee’s sex.”

In his concurrence, Judge Richard Posner admitted when Title VII was passed the term sex “undoubtedly meant man or woman,” but that the term over time has broadened and “we now understand discrimination against homosexual men and women to be a form of sex discrimination.” Judge Posner asserted the courts are not “merely the obedient servants of the 88th Congress (1963– 1965), carrying out their wishes.”

Unsurprisingly, the dissenters argued the new rule “does not derive from the text of Title VII in any meaningful sense.” The dissenters went on to state that “common-law liability rules may judicially evolve in this way, but statutory law is fundamentally different,” and the Court is “not authorized to amend Title VII by interpretation.”

This issue is likely to make its way to the Supreme Court, as the federal circuit courts are divided.  The Sixth Circuit has consistently held that sexual orientation is not protected by Title VII, and the Eleventh Circuit, back in March, reached that same conclusion. Since the laws surrounding this issue are currently in a state of flux and differ across the country, employers would be wise to review their current workplace discrimination policies. For additional questions or assistance, please contact Rob Gilmore or Alan Rauss.