Marijuana and the Ohio Workplace 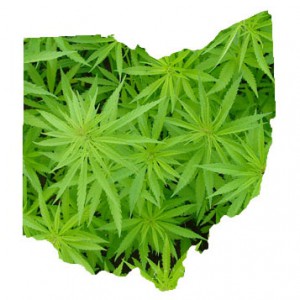 Many believe that nationwide decriminalization of marijuana is inevitable, and soon. Until then, states that have legalized marijuana confront federal law to the contrary, and employers in those states must be aware of the tension between state and federal law in dealing with employees’ marijuana use.

For example, the Colorado Supreme Court recently handed down a decision allowing employers to terminate employees for off-duty medical marijuana use, despite the fact that medical (as well as recreational) marijuana use is perfectly legal in Colorado.

The case, Coats v. Dish Network, dealt with a paraplegic, Brandon Coats, who worked as a customer service representative for Dish Network and was fired after testing positive for tetrahydrocannabinol (THC) – the active drug in marijuana. Coats filed suit for wrongful termination, arguing that because marijuana use is legal in Colorado, he should be protected by the state’s “lawful activities statute,” § 24-34-402.5(1) C.R.S. (2014), which prohibits the discharge of an employee based on the employee’s “lawful” outside-of-work activities. The court, however, concluded that to be “lawful” for the purposes of § 23-34-402.5(1), the activity must be permitted by, and not contrary to, both federal and state law. Because federal law prohibits the use of marijuana, it is not a “lawful” activity under §23-34-402.5(1). Thus, the ex-employee was not afforded the statute’s protections, and the court held the employer had the right to terminate Coats for his marijuana use.

The decision highlights the ongoing tension between the growing number of states that have passed laws legalizing marijuana and federal laws that continue to prohibit any form of marijuana use (i.e., the Controlled Substance Act).

Simply because marijuana is considered legal under some circumstances does not mean it is a protected right for workplace purposes, as is the case with other drugs such as alcohol. Many employers have a drug free workplace policy which may decrease worker’s compensation insurance costs. Furthermore, it is reasonable for employers to expect that their employees show up to work unimpaired, particularly in workplaces that are safety-sensitive.

A marijuana legalization initiative may appear on the ballot in Ohio in November 2015 as a proposed amendment to the state’s Constitution. If passed, the measure would legalize the recreational and medical use of marijuana for persons 21 or older. Ohio employers and employees would then have to confront the workplace tensions other states are currently facing. Coats v. Dish Network sets a pro-employer precedent, and, unlike Colorado, Ohio does not have a “lawful activities statute,” which should give Ohio employers even more discretion to act.

Given the cited tensions and uncertainties that would likely follow Ohio’s passage of some form of marijuana legalization, employers should seek legal counsel before making any decisions related to marijuana use and the workplace.

Attorneys who can advise on issues discussed in this article:

Practice Groups that deal with issues discussed in this article: