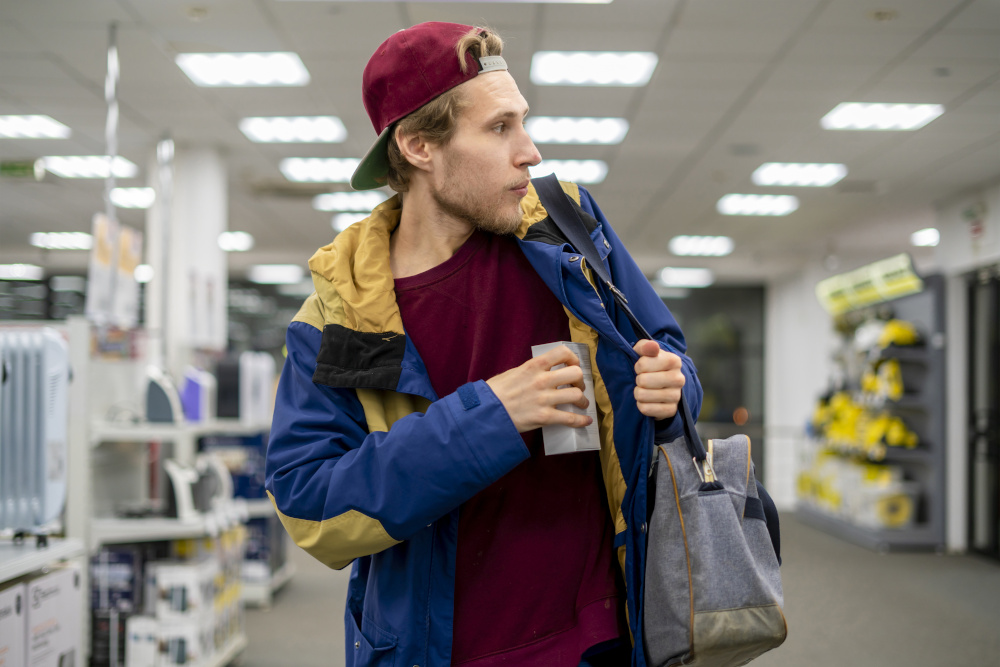 In previous decades, a haul of hundreds of bottles of shampoo, bags of cough drops, cold medicine, and dental floss may have constituted a fairly unattractive prize for a would-be thief. Today, with the rise of e-commerce platforms such as Amazon and Ebay, a new style crime, perpetrated by so-called “boosters,” exploits e-commerce platforms in order to extract significant value from previously low-reward heists. After bulk thefts of consumer goods from retail locations such as Target, CVS, or Walmart, thieves can now list everyday items for sale online with greater ease than ever before. This style of crime has been invigorated by the pandemic, where stores are understaffed, shoppers (and interspersed thieves) commonly obscure their faces with masks and glasses, and Americans are buying online at higher rates than ever before.

Could You Be Buying Stolen Goods on Amazon?

Ben Dungan, head of the Coalition of Law Enforcement and Retail trade association, reported to the Wall Street Journal that this type of crime is “growing every day,” and that associated losses for organized retail theft amounts to $45 billion in annual losses for retailers, growing from $30 billion a decade ago. CVS Pharmacy, in particular, has experienced a series of crimes by criminals believed to work in a single group. The group was responsible for almost $50 million in stolen products over the course of a five-year period alone. Home Depot has also investigated over 400 cases of suspected booster network thefts last year, representing an 86% growth since 2016. In 2020, Home Depot expended more than $400 in equipment, including a GPS tracker, to assist Colorado police tailing a member of a booster crime ring who was transporting stolen power tools to a converted home in Katy, Texas, for warehousing and, presumably, resale. The Texas home had been equipped with an elevator and held 55 pallets of Home Depot merchandise when Harris County law enforcement arrived.

Booster networks often work by targeting poor, vulnerable, and drug-addicted individuals who are desperate for money. These individuals are then recruited to steal retail products in bulk and sell those products to a higher-up intermediary at 5-10% of their retail value. The intermediary then sells the products to a large-scale distributor, skimming profits off the top. Finally, the distributor lists stolen goods directly on e-commerce platforms for sale at market rates, achieving even greater profits.

An example of this type of theft-and-sale scheme in 2021 involved a video store owner in Leominster, Massachusetts who was linked to over $1 million in suspicious Amazon listings, including products stolen from CVS and other retailers. The products for sale included somewhat high-risk items such as razorblades and allergy medications. Following the store owner’s arrest, Amazon kept the site active for at least six more weeks. An Amazon spokesperson, Alex Haurek, has stated that Amazon has several tools to combat suspicious activity on its platform, including withholding funds from bad actors, closing accounts, and contacting law enforcement itself.

Retailers, increasingly affected by boosting crime rings, have pushed Congress to pass legislation requiring e-commerce sites to verify details of third-party sellers and to be more open about seller information to avoid these crimes. E-commerce platforms have pushed back, arguing that such requirements would invade seller privacy. E-commerce presents a novel environment; one of the first in which a seller’s identity may be unknown to the purchaser for the entirety of the transaction. While the anonymity may benefit some sellers, the risks for abetting crimes continues to grow. The National Retail Federation’s vice president Robert Moraca told Loss Prevention magazine that the risk of violence to retail employees and customers involved in what are primarily property crimes continues to increase. Industry statistics support his observation. Store staff often receive training not to engage with thieves, and do not apprehend them for safety reasons. Retailers have turned to private corporate investigators, often former police officers, to follow thieves, review surveillance footage, collect evidence, and occasionally, even go through trash outside of suspects’ homes.

Investigators and law enforcement have occasionally taken issue with e-commerce platforms themselves, noting that platforms’ insufficient vetting of sellers creates an opportunity for this type of crime to remain profitable. Amazon doesn’t share customer and seller personal information without a subpoena due to privacy concerns. For example, Sgt. Ian Ranshaw of the Thornton, Colorado police department called Amazon “the largest unregulated pawn shop on the face of the planet.” E-commerce platforms are hesitant both to disclose seller information and to spend additional overhead costs on vetting sellers more vigorously. Amazon initially began conducting interviews last year to verify certain seller identities, finding that more than six million attempts by bad actors were thwarted by such screening. However, millions of existing sellers who have not undergone this vetting process and may continue to use seller accounts to facilitate e-commerce-related crimes.

The current popularity of booster crime does not only threaten retailers with financial loss.  These crimes also affect retailers’ and products’ broader brands.  Retailers may lose business when customers no longer feel safe shopping in these establishments.  Similarly, retail products’ brands may be damaged and diluted by a larger online pool of stolen goods.  These goods may be sold without the same product warranties, customer service, and other benefits to consumers associated with legitimate channels of commerce. Where legitimate and criminal sellers both have access to sales platforms that do not require the disclosure of sellers’ identities, retailers and law enforcement will need to continue to get creative to protect both their brands and their bottom lines.

KJK’s E-Commerce Attorneys have extensive experience combatting unauthorized resellers. If you’d like to discuss your unique situation, please don’t hesitate to contact us.