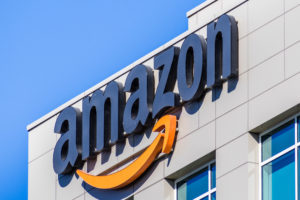 In an earlier article, we wrote about a decision by the California Fourth District Court of Appeals holding Amazon liable for a personal injury claim caused by a defective replacement laptop battery. In that case, the California Court found Amazon strictly liable for the damages the exploding battery caused. As we noted then, Ohio’s Supreme Court had recently heard oral arguments in a case brought under Ohio’s consumer-protection laws for the death of a Northeast Ohio teenager who overdosed on caffeine powder promoted by and purchased on Amazon.

The Ohio Supreme Court has issued its opinion and, contrary to the decision in California, has found for Amazon deciding that the e-commerce behemoth could not be held liable for the death of the 18-year old.

In Stiner v. Amazon.com, Inc., a products liability lawsuit, all seven Justices of the Ohio Supreme Court determined that Amazon was not a “supplier” under the meaning of Ohio’s Products Liability Act. Therefore, the Justices reasoned, Amazon could not be held liable.

The decedent’s parent brought the lawsuit in Lorain County after its son ingested a fatal amount of caffeine powder he received from a friend. The friend, referred to as K.K. in the Opinion, purchased Hard Rhino Pure Caffeine Powder from the Amazon Marketplace. Third-party, or “3P,” Seller Tenkoris, L.L.C., doing business as TheBulkSource (“Tenkoris”), sold K.K. the caffeine powder.

The Court’s decision hinged on Amazon’s participation in the sale of the caffeine powder. Particularly whether Amazon is a “supplier” under the Ohio Products Liability Act. A business is a “supplier” under Ohio’s Products Liability Act, R.C. 2307.71(A)(15), if it “sells, distributes, leases, prepares, blends, packages, labels, or otherwise participates in the placing of a product in the stream of commerce.” R.C. 2307.71(A)(15). Importantly, in Ohio, a “supplier” can be held liable under product liability theories as if it were a manufacturer under R.C. 2307.78(B).

In order to determine the question, the Court analyzed Amazon’s relationship with its 3P Sellers, particularly Tenkoris. Although Tenkoris is a 3P seller, it did not subscribe to Amazon’s Fulfillment by Amazon program, under which Amazon takes delivery of products from its sellers and distributes the products throughout its warehouse network and to consumers across the country. In fact, Tenkoris “had sole responsibility for the fulfillment, packaging, labeling, and shipping of the product directly to consumers.” While “Amazon has no relationship with [Tenkoris] or entities in the seller’s distribution channel.”

The Court went on to analyze cases from other courts as well, including the Sixth Circuit Court of Appeals. Like Stiner, the courts in those cases found Amazon could not be liable under products liability laws.

Not cited in the opinion was the Bolger case in California about which we have previously written. The Bolger court determined Amazon to be “pivotal in bringing the product to the consumer.” For example, Bolger found that Amazon attracted the plaintiff to the website and product listing, accepted the plaintiff’s payment, and shipped the product in Amazon packaging. Whereas in Stiner, the Court determined that Amazon merely hosted Tenkoris’ product listing and did not have a role in bringing the product from Tenkoris to K.K.

Ultimately, the Ohio Court decided that Amazon did not have enough impact in the stream of commerce between Tenkoris and K.K. to hold Amazon liable. Justice Donnelly, who concurred in the Court’s judgment only, and authored his own opinion, felt that the holding Amazon liable would serve the purposes of the Ohio Product Liability Act. Justice Donnelly opined that Amazon should be obligated to do more to protect consumers from dangerous products. Ultimately, however, the seven Justices agreed that any change to Ohio’s product liability laws were better reserved for Ohio’s General Assembly.

While the Court determined that the policy considerations for holding Amazon liable are better left reserved for Ohio’s General Assembly to address, it is important to note that often times Amazon is the only entity from which a plaintiff could recover. As we’ve detailed previously, Amazon Marketplace sellers phase in and phase out all the time, not just when selling infringing products but also when selling dangerous products. When a plaintiff is injured, the 3P Sellers prove more difficult to find than Amazon. Unless state legislatures step in, as the Court suggests, it is likely that Amazon continues to facilitate the anonymity of its 3P Sellers and allow them to appear, vanish, and reappear under a different name, if not to sell infringing products then to sell dangerous products. Typically, in both instances, businesses and people are left injured while Amazon escapes liability and often times facilitates the bad acts.