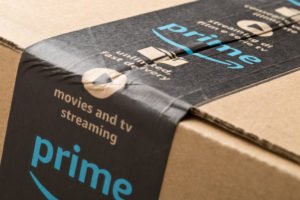 Sellers on Amazon (NASDAQ:AMZN) have been frustrated by the marketplace’s handling of third-party resellers for a long time. So, too, consumers who have been injured by products from third-party resellers are often frustrated by their inability to obtain relief from either the reseller who often hides behind a fictitious name or Amazon which maintains it is merely a conduit for the sale. But a decision by the California Fourth District Court of Appeals holding Amazon liable for a personal injury claim caused by a defective replacement laptop battery may change all that.

Angela Bolger bought a replacement laptop computer battery on Amazon; the Amazon listing identified the seller as “E-Life,” a fictitious name used by Lenoge Technology (HK) Ltd. (Lenoge). Amazon charged Bolger for the purchase, retrieved the laptop battery from its location in an Amazon warehouse, prepared the battery for shipment in Amazon-branded packaging and sent it to Bolger. Several months later, the battery exploded and Bolger suffered severe burns that resulted in her hospitalization for two weeks.

Bolger sued Amazon and several other defendants, including Lenoge. The personal injury claim alleged causes of action for strict products liability, negligent products liability, breach of implied warranty, breach of express warranty and “negligence/negligent undertaking.” Lenoge was served but did not appear, so the trial court entered its default.

Amazon moved for summary judgment arguing that the doctrine of strict products liability, as well as any similar tort theory, did not apply to it because it did not distribute, manufacture or sell the battery. As it is wont to do, Amazon claimed its website was an “online marketplace” and E-Life (Lenoge) was the product seller, not Amazon. The trial court agreed, granted Amazon’s motion and entered judgment accordingly.

Bolger appealed the trial court’s ruling arguing that Amazon is strictly liable for defective products offered on its website by third-party sellers like Lenoge.

On appeal, the California Court found Amazon strictly liable for the damages the exploding battery caused. As the Court reasoned, “as a factual and legal matter,” Amazon placed itself between Lenoge and Bolger in the chain of distribution of the battery. It accepted possession of the product from Lenoge, stored it in a warehouse, attracted Bolger to the Amazon website, provided her with a product listing for Lenoge’s product, received her payment for the product and shipped the product in Amazon packaging. Amazon set the terms of its relationship with Lenoge, controlled the conditions of Lenoge’s offer for sale on Amazon, limited Lenoge’s access to Amazon’s customer information, forced Lenoge to communicate with customers through Amazon and demanded indemnification as well as substantial fees on each purchase. “Whatever term we use to describe Amazon’s role, be it ‘retailer,’ ‘distributor,’ or merely ‘facilitator,’” the Court wrote, “[Amazon] was pivotal in bringing the product to the consumer.”

Applying, the principles of strict products liability and California precedent, the Court ruled that those principles compelled the application of the doctrine to Amazon. As the Court noted, Amazon is a direct link in the chain of distribution, acting as a powerful intermediary between the third-party seller and the consumer. And, as is often the case, Amazon is the only party reasonably available to an injured consumer and, as such, “it plays a substantial part in ensuring the products listed on its website are safe, it can and does exert pressure on upstream distributors (like Lenoge) to enhance safety, and it has the ability to adjust the cost of liability between itself and its third-party sellers.”

Responding to Amazon’s argument that it was shielded from liability under the Communications Decency Act of 1996, which generally prevents internet service providers from being held liable as a speaker or publisher of third-party content, the Court held that the CDA did not apply because Bolger’s strict liability claims depend on Amazon’s own activities, not its status as a speaker or publisher of content provided by Lenoge for its product listing.

Third-party sellers now account for approximately 60% of Amazon’s e-commerce sales. Amazon has faced multiple lawsuits seeking to hold it responsible for damage or injuries caused by defective products sold by third parties, including ones based overseas in China, with most courts concluding it is not a “seller” under various states’ product liability laws.

Ohio’s Supreme Court recently heard oral arguments in a case brought under Ohio’s consumer-protection laws for the death of a Northeast Ohio teenager who overdosed on caffeine powder promoted by and purchased on Amazon. At issue in that case:

While the Ohio court may reach a different result, the Bolger decision suggests that Amazon’s ability to shield itself from personal injury claims may be coming to an end.

For more information or to discuss further, please reach out to David Posteraro at drp@kjk.com or 216.736.7218.