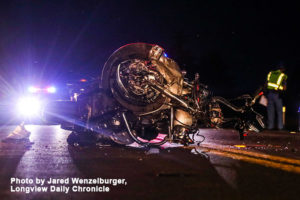 A recent Wall Street Journal investigation uncovered 4,152 items for sale on Amazon that were either deceptively labeled, or outright banned by federal regulators. Among those thousands of products, 150 were already flagged and placed on Amazon’s internal blacklist. The findings are disturbing — even deadly. For example, 23-year-old Albert Stokes died after the helmet he purchased on Amazon flew off during a motorcycle accident. The Amazon listing falsely indicated that the helmet complied with federal safety standards. We encourage everyone review the WSJ’s investigation and pay attention when shopping for products online, particularly from unfamiliar sources.

Additionally, WSJ’s investigation also found rampant infractions across one category in particular: children’s products. Among the four thousand unlawful or banned products, nearly half (over 2,000) of those listings were for children’s toys, sleeping mats and other products. Many failed to contain required health risk warnings. Four failed to comply with federal safety standards. One contained dangerously high levels of lead.

Amid the Journal’s report, several members of congress have written to Amazon and its CEO, Jeff Bezos, demanding information about how the company ensures the safety of products it sells, and how it will improve in the future. In a joint letter to Bezos, Senators Richard Blumenthal, Robert Menendez, and Edward Markey, all demanded answers on how Amazon will ensure that dangerous and unsafe products are identified and kept off the platform.

Rep. Grace Meng, who also serves as co-chair for the Congressional Kids’ Safety Caucus, wrote separately to Bezos. In her letter and public statement, Meng called attention to the story of a child from New York City who suffered from lead poisoning believed to be caused by a product purchased from Amazon. Testing revealed that the child’s musical instrument contained 411 times the legal limit of lead.

We recently shared insights on a Third Circuit Court of Appeals case which held that Amazon, under Pennsylvania law, is a “seller” and can be liable for injuries caused by its products. It is still unclear how the Third Circuit’s decision will fare against case law from the Fourth and Sixth Circuits to the contrary.

But the letter from Senators Blumenthal, Mendez, and Markey sheds light on a possible exposure point for the company — the “Amazon’s Choice” designation. Generally speaking, the “Amazon’s Choice” label is given to some of Amazon’s most popular products, with a high customer rating, and low return rate, though the specifics remain somewhat of a mystery. In what seems to be a nod to the Fourth and Sixth Circuits, the senators acknowledge that “it is individual retailers’ [not Amazon itself] responsibility to ensure that the products they sell are legal.” But they add that “many of the faulty products . . . were shipped from Amazon warehouses and labeled as ‘Amazon’s Choice’ — a seeming endorsement of the products.”

Is the “Amazon’s Choice” designation an endorsement? And will it make Amazon more liable for the dangerous products on its platform? Although the senators seem to think so, it’s up to the courts, or congress, to definitively answer those questions. Meanwhile, we will follow all efforts to keep Amazon accountable — both in and out of the courthouse — and provide updates as they are available.

If you have any questions or would like to discuss further, please reach out to Kyle Hutnick at kah@kjk.com or 216.736.7243, or contact any of our Brand Enforcement professionals.