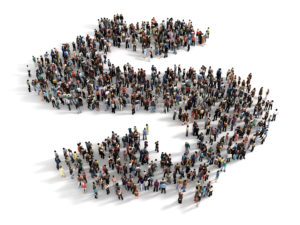 On June 18, 2019, the Securities and Exchange Commission (“SEC”) issued a report based on its study of the capital formation and investor protection impacts of Regulation Crowdfunding (“Reg CF”). Reg CF was adopted on October 30, 2015 as required by the Jumpstart Our Business Startups Act (“JOBS Act”), which empowered startups and small businesses to raise capital more cheaply through relatively low dollar offerings of securities to “crowds” of interested investors, including those who don’t qualify as “accredited investors.” The SEC analyzed data from May 16, 2016 to December 31, 2018 in the study.

The June report gives us a snapshot of how issuers are using Reg CF to raise money from investors:

In a nutshell, Reg CF permits less mature companies to raise capital from a broad set of investors, including non-accredited investors, via registered intermediaries. However, this broader access to retail investors comes at the cost of satisfying burdensome compliance obligations designed to protect investors.

The SEC’s report on Reg CF gives us insight into the usage by issuers of the rule for fundraising since its inception. Below are some of the key learnings:

Part II of our review of the SEC’s report is forthcoming and will examine the SEC’s analysis of compliance with Reg CF by issuers and portals, the incidence of fraud in Reg CF offerings and more. Please stay tuned for that update in the coming weeks.

In the meantime, please feel free to reach out to me (caz@kjk.com or 216.736.7275) or one of our experienced Securities attorneys if your company is considering using Reg CF, or another type of exempt securities offering, to raise funds from investors. We have the subject matter expertise to guide you through the compliance obligations and practical considerations involved in all types of securities offerings.