It’s Always Easier in the Movies: How Title IX Has Shattered the View of Sex and Romance on Campus Over the Last 30 Years 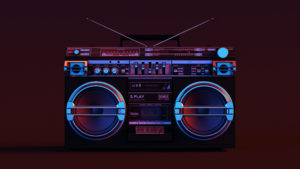 Anyone who lived in the 80’s likely remembers the classic cult teen movies – like Sixteen Candles, St. Elmo’s Fire and The Breakfast Club – that shaped the view of life for love-tortured teens during this era. Take the iconic film Say Anything, which defined romance and relationships for a generation. In the movie, a young Lloyd Dobler, played by John Cusack, seeks to win the love of class valedictorian Diane Court, played by Ione Skye. Lloyd will do anything to win the heart of Diane. He calls Diane repeatedly, leaving seven unreturned messages. He pours his heart out into the answering machine, begging Diane to consider how much he loves her. But Diane doesn’t call him back. At her father’s urging, Diane breaks up with Lloyd because he is not the right kind of guy.

And then, in a scene that no baby boomer can forget, at the break of dawn, Lloyd shows up outside Diane’s window dressed in a trench coat, raises a boom box over his head, and plays Peter Gabriel’s “In Your Eyes.” This song was meaningful because it played in the background the first time Lloyd and Diane had sex. In quintessential eighties fashion, love prevails and Lloyd and Diane go off into the sunset (actually London, but that doesn’t matter). Lloyd’s bravado worked, and he won the heart of Diane.

Parents who hire us to represent their sons are generally products of the eighties. They have little understanding of just how powerful the undertones of Title IX and #MeToo have become on college campuses. Dating and relationships are now a part of this dangerous new territory that no student or parent is properly prepared to tackle.

Not that long ago, Lloyd’s overtures to Diane symbolized true love. Women across America dreamed about a man holding a boom box outside of their windows. Rambling messages on answering machines, albeit a bit annoying, were considered romantic and endearing. So what would happen today if young men across America acted like Lloyd? Does this version of courtship still exist? Probably not.

Let’s play out Say Anything on a college campus today – with the understanding that we are not making assumptions about gender or the nature of the accusations, but rather simply exploring how behavior can be interpreted differently on campus today.

Lloyd and Diane meet on Tinder. They get drunk and hook up. Maybe Lloyd and Diane date for a time, but for some reason, Diane doesn’t want to see Lloyd anymore. Lloyd feels devastated. He repeatedly texts Diane thinking that if he just explains himself, the relationship will be mended. Feeling bold, Lloyd sends Diane a Snapchat with a song playing in the background. He posts photos of the two of them on Instagram. He sends Diane emojis and GIFs with expressions of longing. Lloyd thinks he loves Diane.

Diane, however, becomes annoyed or maybe even confused. Not sure what to do, she ghosts Lloyd.  She muses about Lloyd’s unsolicited texts and reflects on their physical intimacy. Diane talks to her friends about every minute detail of their relationship. Following her conversations with her friends, Diane reframes her entire relationship with Lloyd. She realizes that the night she had sex with Lloyd, she might have had (did have?) too much to drink. As Lloyd continues to text her, she becomes increasingly agitated. Why should she have to talk to him and explain why she isn’t interested in him anymore? When Lloyd posts a picture of her on social media, Diane decides that enough is enough, and files a Title IX complaint against him.

Lloyd swiftly receives a no-contact order from his college. He is prohibited from contacting Diane, and if he tries to work things out with her, he will be sanctioned for violating the order. In fact, if Lloyd even walks past Diane in the dining hall, he might be accused of violating the no-contact order. It goes without saying: no texts, no Snaps – and certainly no boom box outside a window.

But the no-contact order is just the beginning. Lloyd receives a notice from the Office of Student Affairs or the Title IX Office that he has been charged with violating the school’s sexual misconduct policy. He is charged with sexual harassment, stalking and non-consensual sexual contact with Diane. No dates or specific facts providing the basis for the charges are given. While Lloyd knows that the notice concerns Diane, he struggles to understand how he could have possibly violated the school’s sexual misconduct policy. Lloyd thought that Diane consented to the sex he had with her. He thought that she was interested in him. What went wrong?

Even before the hearing, Lloyd’s life on campus is ruined. He’s essentially persona non grata. His fraternity suspends him out of concern that it will be viewed as condoning “rape culture” if Lloyd is allowed to attend events. Other friends, including those who are female, don’t want to hang out with a “rapist.”  Everyone believes Diane because – at least according to the Title IX training they received in orientation – an accuser should be believed. Any inconsistencies in Diane’s account of her relationship with Lloyd are likely due to the “trauma” caused by Lloyd’s abuse. Of course, the presumption of innocence doesn’t apply. After all, a Title IX case isn’t a court proceeding. How is Lloyd going to go to class and take his exams?

Lloyd’s parents learn about Diane’s Title IX complaint a few weeks after she files. They are shocked and feel helpless.

It gets worse. After sixty days, Lloyd has to attend a hearing without legal representation. His academic future rests in the hands of a panel of university-assigned employees who received just a few hours of training. During the hearing, Lloyd’s advisor can’t say much. Lloyd can’t even question Diane. The panel seems bent on believing Diane over Lloyd. It doesn’t matter that when the two students had sex, both were equally drunk. The panel votes to expel Lloyd. Because Lloyd is a senior, he won’t receive the degree he worked hard to earn and paid nearly $200,000 for.

Diane might even go to the prosecutor’s office, and Lloyd might be charged with a crime. Lloyd’s parents spend retirement funds to hire lawyers and other experts. Those dreams of becoming a doctor or lawyer? Forget about it.

Lloyd will be lucky to transfer into any college at all. His parents might pay for a college consultant to shape the narrative on his applications to other colleges. He will have to explain on his transfer applications why his transcript has the mark of expulsion.

Later, if Lloyd wants to advance his education, he will have to explain his history all over again to graduate schools. If he wants to become a doctor, lawyer or any type of fiduciary, he will have to defend himself before professional licensing boards. If Lloyd launches a career, he might rehash his defense when Diane talks about her experiences on social media decades later. He might have to explain that he didn’t have sex with Diane when she was too drunk to consent and that he didn’t stalk her. Diane’s choice to drink with Lloyd makes no difference; Lloyd should’ve known better.

So, how did Lloyd get here? In the eighties, women swooned over Lloyd. He was the protagonist, the romantic hero. Title IX and #MeToo changed the definition and perspective regarding what is considered welcome versus unwelcome sexual behavior. Today, Lloyd is the antagonist. His life is destroyed before it really even started. Lloyd should’ve said and done nothing, and kept his boom box at home.