“The Baker Effect:” Exploring the Economic Impact of a Successful Browns 2019 Season 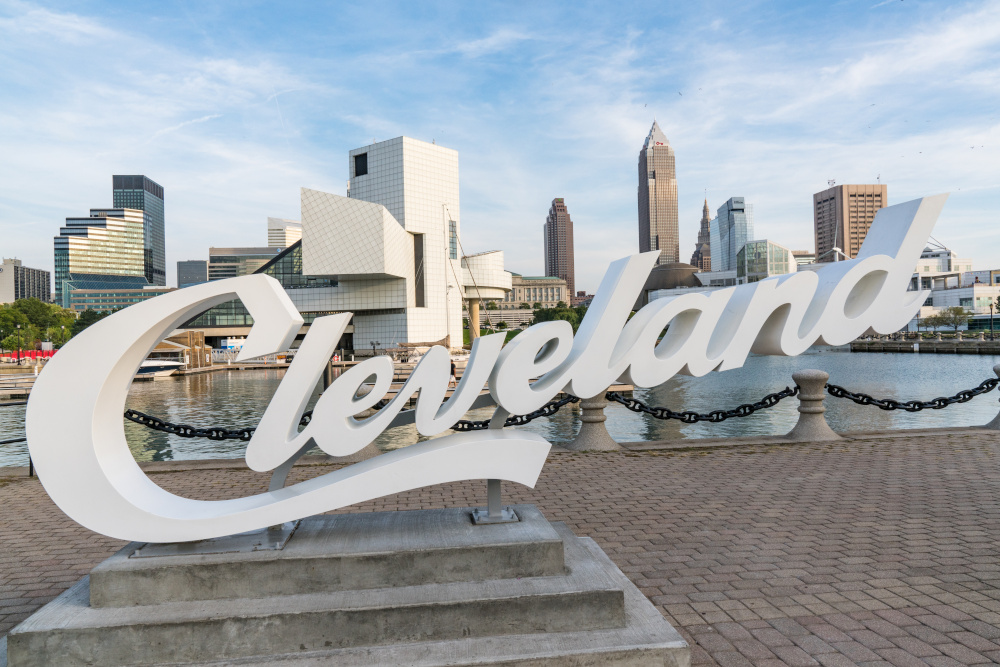 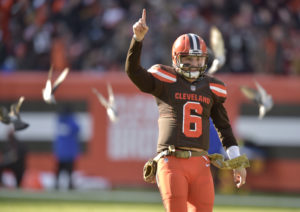 When KJK Partner Jim Sammon’s cell phone rang one afternoon in early May, 2018, he expected it to be a client calling with a challenging new legal question. Much to his surprise, legendary Sports Illustrated writer Peter King was on the line, looking to get Sammon’s take on the Cleveland Browns’ new “questionable” draft pick, Baker Mayfield. Sammon was not optimistic.

What a difference a year makes!

The “new” Browns franchise, which began in 1999, has done next to nothing in its inglorious first 20 years. As a result, an entire generation of young Clevelanders has no personal understanding of the actual vibrant effect that a “good” Browns team can have, both for the downtown on weekends and for the region in general. Unlike the one-man show that was King James, the Browns are (hopefully) a collection of talented stars coming together for one common goal. While Baker Mayfield is the current franchise player following a fantastic rookie season after being drafted with the first pick, he’s also surrounded by the prior year’s first pick, Miles Garrett, as well as arguably the greatest receiver duo since Rice & Taylor, Carter & Moss, or dare we say – Stallworth & Swann.

While any rational thinking Browns fan should remain hopefully pessimistic, the Baker Mayfield Era of the Browns is underway. For evidence, look no further than the Browns box office. Attendance? Up. The last game of the 2018 Browns season? A sellout. With new changes in management, and the reuniting of LSU greats Jarvis Landry and Odell Beckham, along with their fellow alum, rookie Greedy Williams, the 2019 Browns have the potential to reinvigorate the City like never before.

But what does all of this promise mean for Cleveland, its economy, its growth and long-term well-being?

To answer that question, first consider the economic impact born out of the “return” of King James to Cleveland from 2014-17. As our friends at Destination Cleveland point out, there has traditionally been a quasi-consensus among economics that professional sports franchises have minimal impact, if any, on a city’s economic growth. That is not the case, however, when it comes to sports “superstars.” According to a 2017 study, LeBron James’ return had “a statistically and economically significant positive effect” on some of Downtown Cleveland’s economic indicators. Specifically, the number of Downtown bars and restaurants increased by 13% during the reign of King James, while employment at existing bars and restaurants went up 23%. On top of that, other indicators also point to a jump in hotel prices. With those indicators, downtown businesses will be rooting for a boost in business, along with upticks at surrounding locations that will reap the benefits. Not convinced? As one study concluded, when LeBron returned to Cleveland, the money came with him: 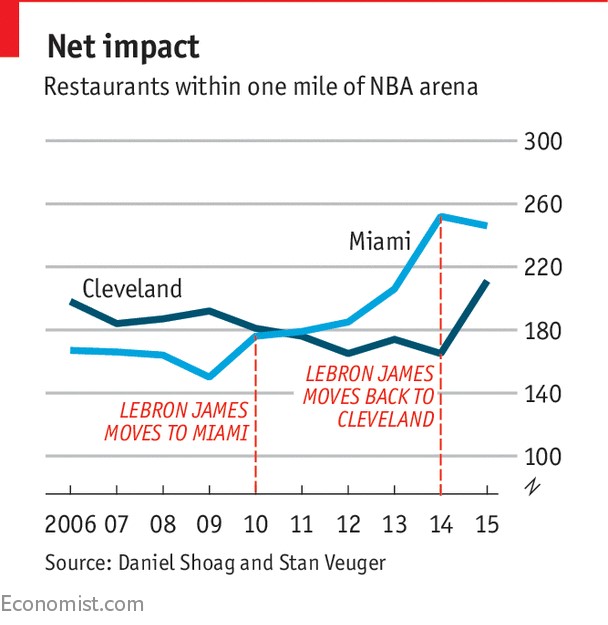 As the study also noted, the “LeBron Effect” was more significant in Cleveland compared to other cities. Apparently, the economic significance depends not just on the right player, but also the right city.

The question is, with what we’ve seen from the “LeBron Effect,” will Cleveland experience a “Baker Effect?”

Perhaps a revolution is already underway. Setting aside evidence from the box office, in a recent interview, Odell Beckham, Jr. said about Baker, “He’s Brett Favre — he’s going to be a Hall of Famer.”

Beckham, Jr. set his own lofty goals for the 2019 team: he will help turn the Browns into “the new Patriots.”

One can’t forget the commensurate “new” growth that such uptick can cause. For years, many have questioned whether the food revolution and growth of the restaurant industry led by Michael Symon and other great Chefs has reached a saturation point. But just a cursory look around the near-downtown area shows a continuous stream of restaurants and other entertainment venues. West Sixth street has felt the effect of the hapless Browns over the past decade plus. There will likely be no greater visible growth from the Baker Effect than a re-emergence of West Sixth as a true entertainment hub. Entrepreneurs love a great comeback story – and business always follows a great success.

One year down and the Baker Effect is just beginning. The only thing we aren’t willing to predict is how long it will last…

As Cleveland looks forward to the Baker Effect on the field, KJK looks forward to advancing the ball with our clients off the field. In addition to bars, restaurants and hotels, many other companies can capitalize on the economic impact of Baker and the Browns. Packaging together the right leasing, purchase, vendor and operations protocols is at the forefront of our firm’s sweet spot. In addition, with more eyes downtown, more businesses may be considering avenues for advertising – particularly near the stadium. If you’re one of them, be sure your company’s trademarks and copyrights are protected first.

If you have any further questions, please contact Jim Sammon at jpsammon@kjk.com or 216.736.7235, or reach out to any of our Corporate professionals. For trademark/copyright related questions, contact Kyle Hutnick (216.736.7243, kah@kjk.com) with KJK’s Brand Enforcement team.