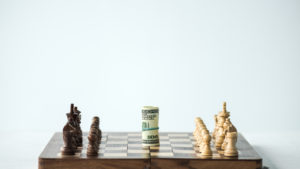 Over the past few weeks, I have received several calls from accountants knee-deep in corporate tax returns. All of the inquiries are the same: “Where can I find a master development plan approved prior to Dec. 22, 2017?” These inquiries are all related to changes in the new Tax Cuts and Jobs Act of 2017 (TJCA) that now include cash grants and other incentives as corporate taxable income. While cash grants have historically been coveted as part of any economic development project negotiation, the new changes in tax law have many corporations and development finance professionals questioning if cash is still king when negotiating location incentives.

Changes to Taxation of State and Local Incentives

Under the Internal Revenue Code (IRC), income includes all sources unless a specific exclusion applies. Prior to the implementation of the TCJA, from a federal corporate taxation standpoint, the IRC included ‘contributions by any governmental entity or civic group’ as part of the capital contribution exclusion as a source of income. This exclusion generally protected location incentive grants from corporate income taxation.

TCJA has since made changes to the aforementioned capital contribution exclusion through an amendment to Sec. 118. Most of the exclusion, set forth in subsection (a), has remained the same; however, subsection (b)(2) now omits “any contribution by any governmental entity or civic group (other than a contribution made by a shareholder as such)” as a “contribution to capital.”

As a result of the amendment, many location incentives such as grants and contribution of property provided by state and local governments are now taxable to corporations. The legislative history and commentary provide some examples of location incentives that are now taxable, such as a workforce training grant and contribution of land by a municipality.

The legislative history of the TCJA also provides some insight as to the rationale for the amendment – in part, that the federal government would realize $6.5B in additional revenue through the taxation of state and local location incentives.

These two provisions will require additional guidance from the IRS with regards to the nature of when grants are received by a corporation, as well as the definitional guidance around a master development plan.

With regards to the timing concern, most incentive awards are not realized immediately after the granting authority provides approval, as grants are often reimbursable based on specific job creation or investment performance. For example, a granting authority may have provided public approval of a cash grant to offset the construction cost of a new manufacturing facility in early 2017; however, given the amount of engineering and project planning required, the building was not constructed until 2018, at which time the granting authority provided reimbursement for investment made in the new construction. Is that grant now taxable because it was reimbursed after Dec. 22, 2017, despite approval prior to the enactment date? Further, most grant agreements contain clawback provisions that allow local or state governments to request repayment of the grant if specific job commitments are not met and/or maintained over a period of time. Is the grant now taxable at the end of clawback period instead of when the grant was reimbursed and/or approved by the granting authority? Based on the TJCA changes, corporations with existing incentive agreements approved prior to Dec. 22, 2017 should consult with legal and tax advisors to understand the tax impact on committed incentives, especially those where reimbursement is expected sometime after the TJCA’s enactment date.

While some options of incentive re-structuring exist, corporations should weigh the impact of replacing cash grant support for their projects with alternative means of support against the overall tax liability that may be incurred in the former situation. Some less-than-desirable outcomes of re-structuring could be a loss of control in decision making over aspects of the project, or experiencing a longer time horizon to realize the benefit of negotiated alternative incentive arrangements. Depending on the incentive structure, cash may ultimately still be king, even if its net value is reduced by 21%.

For more information, contact Stephanie Mercado at smmercado@kjk.com or 216.736.7272, or reach out to any of our Economic Development professionals.