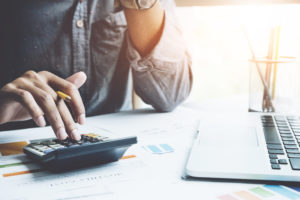 Now that the calendar has flipped to 2019, the political winds are starting to blow – further adding to the chill of the frigid temperatures felt by much of the country during the recent Polar Vortex. Democratic challengers are rolling out progressive tax ideas intended to reduce perceived income inequality and raise revenue for expanded government programs such as the “Medicare for All” Act.

Prior to launching his 2020 presidential campaign this week, Senator Bernie Sanders (I-Vermont) introduced legislation that would increase the number of wealthy Americans that would be subject to the estate tax. Sanders’ plan, dubbed the “For the 99.8% Act,” was unveiled after Sen. Elizabeth Warren (D- MA), also a 2020 presidential candidate, introduced her own plan for a so-called “Ultra Millionaire” tax on households with a net worth of $50 million or more. Warren’s proposal would levy a 2% annual tax on those with more than $50 million in net worth, as well as a 3% annual tax on those with assets of $1B or more.

Freshman Congresswoman Alexandria Ocasio-Cortez (D-NY) also got into the tax fray by recently proposing a seventy percent (70%) top tax rate on income over $10 million per year.

Sanders’ proposal applies an estate tax when someone dies and leaves assets worth more than $3.5 million to his or her heirs: the same level that was in effect in 2009. This level is significantly lower than levels passed as part of the 2017 Jobs Act, which raised the estate exemption to $11 million (11.4 million for 2019) for individuals. The exemption is doubled for married couples.   Sanders’ plan would reverse the decades-long decline in the estate tax.

A summary of Sanders’ proposal outlines different tax rates depending on the size of the estate:

Yes, you read that correctly – a top tax rate of 77%. These marginal tax rate levels have not been seen since the 1970’s. The proposed 77% top tax rate would be a return to the tax rate in place from 1941 to 1976. It is estimated that Sanders’ estate tax proposal would impact 0.2% of taxpayers in the U.S. To put it in perspective, let’s look at how Sanders’ plan would affect some well-known high net worth taxpayers, such as Bill Gates and Warren Buffet¹.

We all know that Bill Gates and Warren Buffet are very generous and philanthropically inclined, to say the least. But I suspect that even they would balk at donating this much of their wealth to the federal government.

Sanders claims his proposal will raise $2.2 trillion on 558 billionaires – but does not indicate over what period of time this revenue will be raised. His plan does project that it would raise $315B over the next 10 years.

The estate tax once brought in revenue that accounted for 5% of the overall federal budget. Now, the estate tax accounts for less than 1% of the federal budget, according to the Joint Committee on Taxation. In 2018, following the 2017 Tax Act, 5,000 taxpayers are expected to file an estate tax return according, to ACTEC.

Now, you may be reading this and saying to yourself, “These proposals are outlandish – what can we do?” Let’s take a page from Super Bowl winning coach Bill Belichek. He knows there are certain things that happen during the course of a game that he cannot control. Rather than lose sleep over that which he has no control, he focuses his energy on those things he can control – knowing his team’s strengths and weaknesses, detailed preparation, fundamentals, and making appropriate half-time adjustments.

Applying the Coach’s principals to your wealth planning objectives:

¹Estimates provided by Sanders’ staff, based on Forbes data