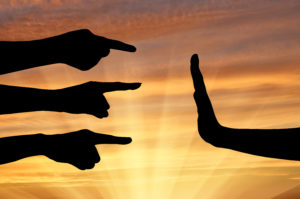 Earlier this month, a female college student from Long Island, New York, was sentenced to one year in prison for falsely reporting to the police that she was sexually assaulted by two male students at Sacred Heart University in Connecticut. According to the student, two football players raped her in 2016 at an off-campus party. When interviewed by the police for a second time, two months after her initial report, the student admitted that the sexual encounter she previously described as rape was, in fact, consensual sex. She lodged claims of rape in order to elicit attention from another male whom she hoped to date.

Until recently, Title IX complainants who lodged false claims of sexual misconduct have done so largely with impunity. The Sacred Heart case illustrates a turning point in the campus sexual assault dialogue. It marks one of the first cases in which a court severely punished a female college student for a false accusation of sexual assault. While female students have previously been prosecuted for false reports of sexual assault, they have typically received sentences of probation.

Not anymore. In addition to the Sacred Heart case, it was just reported that a Michigan judge sentenced a woman to forty-five days in jail for falsely reporting that she was raped in a parking lot at Delta College near Bay City, Michigan. Some may argue that one year or 45 days in jail are light penalties when compared to the harm endured by students who are wrongfully accused and found responsible for sexual assault at college.

Yet incarceration is not a cure for the pain exacted on the accused. In the Sacred Heart case, when the female first reported the incident to the police, the male students were suspended and removed from the school’s football team. Today, while one of the male students has been re-admitted, he’s no longer playing football and lost a valuable scholarship. Certainly the young men may decide to sue the female student for defamation and other causes of action, however, court documents are public and many victims of these lies do not want to endure additional public scrutiny. Also, many students who make false reports do not have assets, thus, civil judgments are essentially uncollectable. Nevertheless, justice calls for a response.

Whether in the criminal justice system or in campus proceedings, false allegations destroy lives – especially allegations as serious as sexual assault. Monetary settlements intended to compensate for reputational harm address only a portion of the impact of false accusations. However, complacency to this injustice is not the answer. The falsely accused should seek remedies available to them by the law.