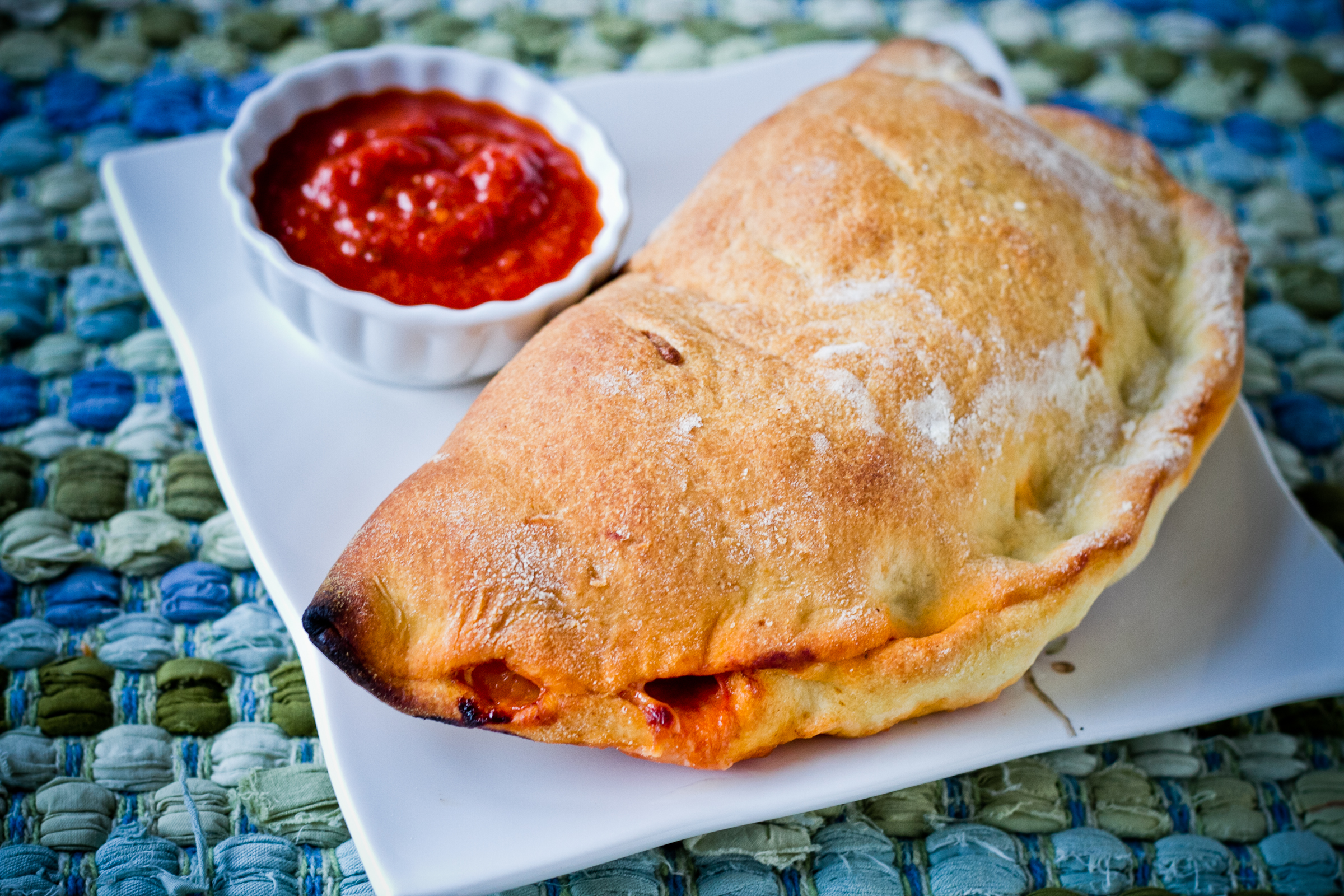 KJK and its client are savoring a recent victory in a bitter intellectual property dispute between a franchisor and its former franchisee who both specialize in calzones.

The franchisor – D.P. Dough – asserted nine (9) claims, including: trademark, trade dress, and copyright infringement; breach of contract; misappropriation of trade secrets; Ohio Deceptive Trade Practices Act, unfair competition, tortious interference with business, and unjust enrichment – against KJK’s client, the former franchisee, who went out on his own to open calzone restaurants in Southeastern Ohio college towns. Most concerning, however, was the franchisor’s motion for an injunction that would have required the former franchisee and KJK client to close his two operating restaurants.

But instead of going through discovery and allowing the case to play out normally, D.P. Dough asked the U.S. District Court for the Southern District of Ohio to hold an immediate hearing on an injunction to force KJK’s client to close his two restaurants.

At the injunction hearing, KJK’s Columbus Partner in Charge, Samir Dahman debunked all of D.P. Dough’s claims. D.P. Dough was so concerned that they would lose the injunction, and effectively the case, that it asked KJK’s client if it would like to mediate. So the parties attended mediation and thought they may have reached a settlement. As it were, negotiations fell apart and the parties sought the Court’s guidance on the purported settlement. Eventually, the Court held there was no settlement and allowed the injunction to be decided and consolidated with a final adjudication of the case.

With the settlement snafu over, the parties anxiously awaited the Court’s decision that would end the whole case – and possibly KJK’s client’s successful fledgling restaurants.

Just as college students were getting settled back into their classes, Chief Judge Edmund A. Sargus, Jr., issued the Court’s decision finding that D.P. Dough likely could not succeed on the merits of its claims, and even if it could there was no irreparable harm to the business that would justify KJK’s client’s businesses to be shut down. In doing so, the Court found in KJK’s client’s favor on all nine of D.P. Dough’s claims. The decision is reported at D.P. Dough Franchising, LLC v. Southworth et al., No. 2:15-cv-2635, 2017 U.S. Dist. LEXIS 157951 (S.D. Ohio Sep. 26, 2017). 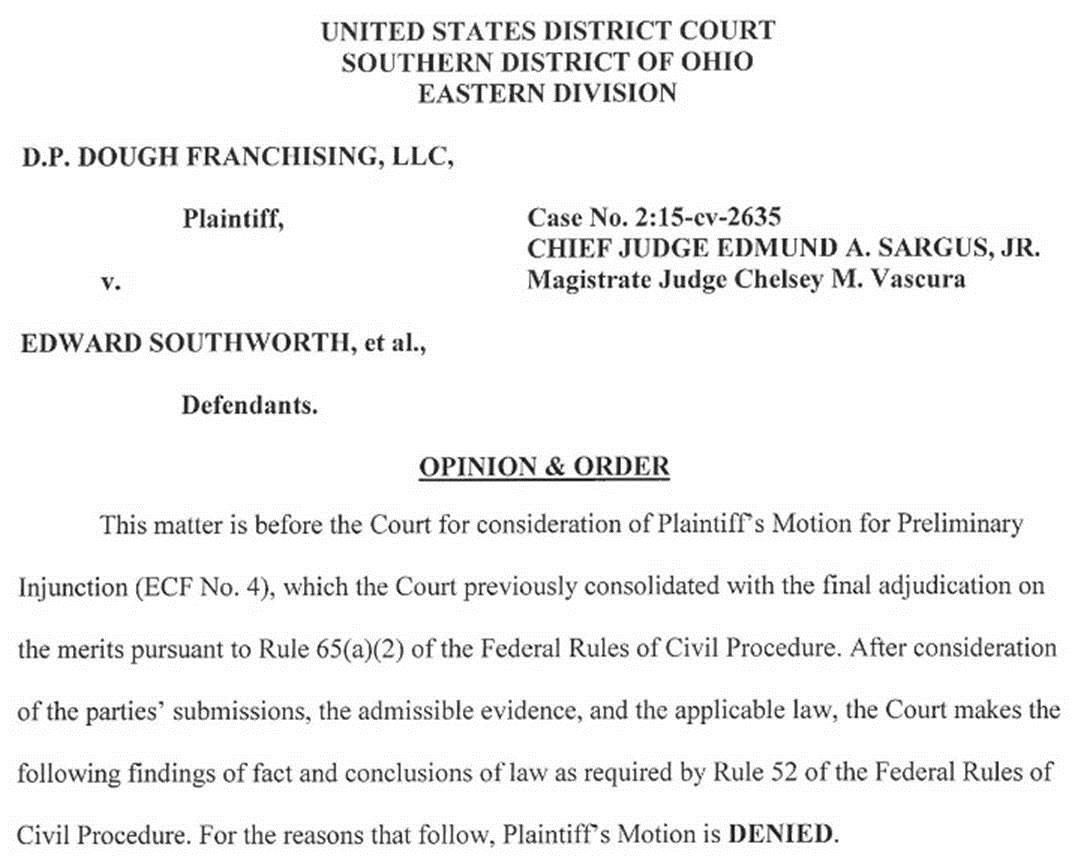 Following the decision, KJK’s client’s principal stated that “we were confident that their claims were baseless, are thankful the Court came to the right outcome, and are excited to gett back to what we do best – crafting quality calzones for hungry students.”  Mr. Dahman added, “we are fortunate to have an insightful bench in the Southern District of Ohio as well as a skilled team at KJK.”