Dealer Tire and the Victory Center — A Win for Local Employer. A Win for Cleveland. 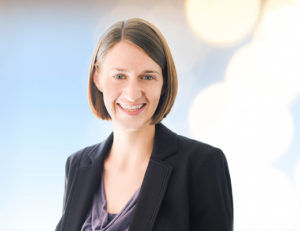 When the ribbon was cut on the new Dealer Tire headquarters this morning, it was the pinnacle of a success story that was more than two years in the making. With roots in Cleveland that go back nearly 100 years, Dealer Tire was able to meet its needs for expansion by staying in its hometown and declining outside offers and opportunities.

The company’s expansion in the heart of Midtown Cleveland was a major win for the City of Cleveland, Cuyahoga County, and the owner of the Victory Center, a 100-year-old, long-empty building in Midtown that was on the brink of failure. After the building owner came to KJK for help, we were able to make the connections that brought Dealer Tire to its new home at the Victory Center. The project didn’t only retain the company’s 400+ employees here – the company also plans to add more than 100 new jobs over the next few years, translating into about $60 million in payroll.

To make it happen, my team and I played a role that’s uncommon among law firms in projects like these. I served as the strategic project director, bringing together the building owner, tenant, architects, and construction contractors to work seamlessly toward a deal that satisfied all of the parties involved.

Make critical connections. Through KJK’s network of contacts, we were able to help the Victory Center restoration and Dealer Tire headquarters project win the support of the City of Cleveland, Cuyahoga County and state funds through JobsOhio. We secured more than $8.6 million in public funding and preserved more than $10 million in both federal and state historic tax credits.

Think strategically about financing. In addition to the public investment, KJK was also able to secure more than $15 million in private refinancing to restore and build out the Victory Center. We negotiated the acquisition of additional land for the 650-space parking garage the company needed and explored every possible financing option available.

Build the right team. Striking the right deal for Dealer Tire and the Victory Center required an extraordinary amount of cooperation and communication that can often be lacking in such complex projects. KJK’s role coordinating among all of the parties involved in the deal ensured that cooperation — from leasing and financing to pre-construction and construction. And KJK could not have done it alone. The project could not have succeeded without the hard work of representatives from Dealer Tire, Vocon, Welty, Donley’s, Cresco, and many others. Our partnership with all stakeholders kept the project on a steady course of completion, ahead of schedule and on budget.

The Victory Center project was a win all around — a 20-year tenant for a failing property, a new headquarters for a long-time, hometown company, and an economic development engine for the City of Cleveland. KJK is proud to have been a part of making it happen.