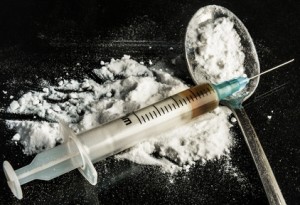 The Equal Employment Opportunity Commission (“EEOC”) recently filed a lawsuit against Randstad, an employment staffing agency, for refusing to hire a qualified candidate due to her medicinal use of methadone. EEOC v. Randstad, US, LP, 1:15-CV-03354. The applicant, April Cox, is a recovering heroin addict who has been enrolled in a supervised methadone program since 2011. Randstad requires its applicants to submit to a mandatory drug test. Ms. Cox informed the manager of her methadone treatment program prior to the drug test to which the manager responded that “I’m sure we don’t hire people on methadone.” Cox was not hired as a result of her use of methadone.

The EEOC alleges Randstad’s conduct amounts to a violation of the Americans with Disabilities Act (the “ADA”). The EEOC alleges that Ms. Cox is disabled because she is a recovering substance abuser. It is because of her disability, i.e. her use of methadone, that Randstad refused to hire her. Therefore, the EEOC argues, Randstad did not hire Ms. Cox because she was disabled, in violation of the ADA.

EEOC v. Randstad is particularly relevant due to the uptick in heroin use across the country, and especially in Ohio. The increased number of heroin users is likely to mean an increased number of recovering heroin addicts entering the workforce. Like Ms. Cox, these new workers will likely be enrolled in some type of methadone treatment plan. Employers may increasingly face a situation similar to Randstad’s, and they should be proactive in order to avoid discriminating against such applicants.

Please contact your KJK attorneys to discuss how to reconcile the needs of your business and workforce with these issues.