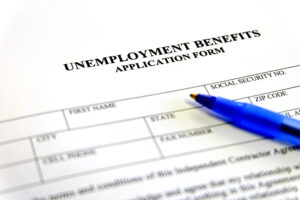 The sharp increase in fraudulent unemployment claims is becoming well-known as employers and individuals in Ohio and elsewhere continue to fall victim. However, what may be less known is the rampant amount of fraud being committed within the federal Pandemic Unemployment Assistance (PUA) program. This latest scheme has prompted Ohio Governor Mike DeWine and Lieutenant Governor Jon Husted to pen a letter to President Joe Biden requesting a national coordinated response.

KJK has outlined the steps you should take if a fraudulent claim for unemployment benefits is filed in your or your employee’s name. Increased awareness of the issue has offered some success; last week, the Ohio Department of Job and Family Services (ODJFS) reported that approximately 7,400 unemployment claims had been flagged for potential fraud, representing a 7% decrease from the start of the month.

However, according to Gov. DeWine and Lt. Gov. Husted, “in Ohio, the number of successful attempts at fraud being committed against our traditional unemployment system is dwarfed by the amount of fraud being discovered within the federal [PUA] program.” This March 10, 2021 letter to President Biden notes that the federal government’s focus on a quick distribution of funds to applicants, at the sake of more thorough identify verification, has “compounded the fraud issue.”

From the creation of the PUA program in March 2020 through December 2020, it is estimated that Ohio paid $330 million in fraudulent PUA claims. However, the problem is not unique to Ohio; a Feb. 22, 2021 memorandum to the U.S. Department of Labor identified $5.4 billion in potentially fraudulent unemployment claims paid from March through October of 2020. The Ohio letter to President Biden specifically called attention to individuals jumping state-to-state to exploit as many funds as possible, which is reflected in the memorandum. It noted one instance where an individual filed unemployment claims in 40 states and ultimately received $222,532 in benefits from 29 states.

In response, Gov. DeWine and Lt. Gov. Husted encouraged President Biden “to immediately develop a national, coordinated response” noting that this is “a national problem that requires a national solution.” While the exact nature of this response remains unclear, it is possible that it will include steps similar to those taken by Ohio, where the ODJFS recently entered into a partnership with LexisNexis specifically to prevent and detect fraud in PUA claims.

KJK will continue to monitor the situation and any additional measures that are put into place to combat unemployment fraud at the national and state level.