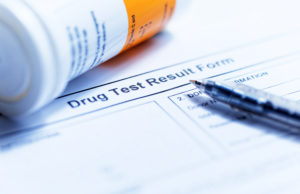 In a split decision, the Supreme Court of Ohio found last week that workers who consent to drug testing cannot later raise an invasion of privacy claim against their employer. In reversing the lower court, the Court found employee privacy interests did not outweigh the employer’s right to enforce company policy where the employees consented to the drug testing method.

At issue were the claims of four employees of Sterilite of Ohio (Sterilite). Sterilite required employees to submit to drug testing as a condition of employment, and testing could occur in three scenarios: (1) to investigate a workplace incident; (2) when reasonable suspicion existed that the employee was impaired; and (3) periodic, random testing. The policy stated the testing is conducted by urinalysis but did not offer details as to the collection of the sample. An employee who does not produce a sample within 2.5 hours is deemed to have refused and is subject to immediate termination.

Three employees were selected for random testing and a fourth was tested on reasonable suspicion. At the testing area, all four employees signed a consent form, agreeing to be tested and to have the results released to their employer. Once at the restroom, the employees were informed that the direct-observation method would be used, where a same-sex monitor accompanies and observes the employee. None of the employees objected to this method. While two employees produced a valid sample, two were unable to do so within the time limit and were terminated, pursuant to company policy. All four employees brought suit against Sterilite and the company that administers the drug testing, claiming invasion of privacy.

A four-Justice majority of Ohio’s highest court disagreed, finding no invasion of privacy. The Court acknowledged the privacy interests of the employees but found that the employees had consented to direct observation twice: when they arrived at the testing site and signed the consent form, and when they arrived at the restroom and were told the direct-testing method would be used. The employees failed to object at either time. Because consent is generally an absolute defense to an invasion of privacy claim, and because employers have the right to condition employment on compliance with the drug testing policy, the employees had no claim.

Three justices dissented, finding the direct-observation method “a highly intrusive invasion into a matter that [the employees] had a right to keep private.” The Dissent found that Sterilite failed to justify use of this method instead of less intrusive means, which it had previously used. Further, the dissenting justices concluded that the employees had not actually consented given that they were not told about direct observation until physically at the restroom and forcing the employees to choose between consent and termination amounted to no choice at all.

Going forward, employers may be more confident in their right to enforce a drug testing policy according to its terms. Employees should be aware that failure to object when given the opportunity may amount to consent, and further that at-will employment principles dictate they may be terminated for failing to comply with company policy.