By Cleveland-Marshall College of Law 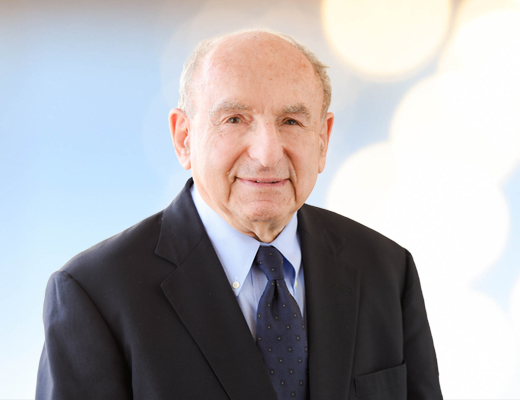 Max Kohrman was a 1918 graduate of the Cleveland Law School of Baldwin-Wallace College, a predecessor to Cleveland-Marshall College of Law when the school merged with the John Marshall School of Law. Following graduation, Max Kohrman partnered with his brother Joseph, to establish Kohrman & Kohrman during the final months of World War I in 1918. Kohrman & Kohrman focused on serving the local small businesses of Cleveland’s Central neighborhood.

Max Kohrman had immigrated from Russian-controlled Poland and his perspective on the tenuous concept of justice under Russian empire left him a major believer in the American system of justice. Max was a life-long supporter of socially responsible public institutions which relied heavily on the skill and devotion of lawyers and always attempted to support those who are integral to the American judicial system.

Lee Kohrman was looking for a way to honor his father and found the idea of a fellowship to be a perfect way to perpetuate his father’s name while establishing something at his father’s alma mater to support those who want to enter into public service.

“I wanted to honor my dad because I had such a high regard for him as a person and as a lawyer,” Lee Kohrman said. “He liked to have smart, bright, enthusiastic people around him and he always believed in the future.”

Lee followed his father in studying the law and joined his father’s firm in 1955 following service in the United States Army. Lee worked with Max at the firm for seven years before his father left the practice in 1962 due to failing health. “It was wonderful practicing law with my father; those were some of the best years of my life,” Lee recalled.

More than 100 years after its founding, Kohrman & Kohrman is now Kohrman Jackson & Krantz (KJK) and Lee is a Partner Emeritus with the firm where he spent his entire legal career. KJK now employs 40 attorneys and has offices in Cleveland and Columbus. The firm now serves companies of all sizes, including small businesses and start-ups that were at the heart of its early practice.

As a fixture in the Cleveland legal market for the past century, KJK has had an outsized impact not just in the local legal community, but throughout the city while acting as partner to its numerous business clients. During that same time, Cleveland-Marshall has similarly been a stalwart in the local community, educating not only lawyers but leaders and public servants. As such, Lee Kohrman has recognized the value of the education Cleveland-Marshall provides.

“I think Cleveland-Marshall is a real pillar of legal education in our community,” Lee Kohrman said. “It is a wonderful law school to be educating those entering public service.”

Thanks to support from nine named public service fellowships, including the Max I. Kohrman Fellowship, Cleveland-Marshall students will continue receive support while exploring careers in public service during their time in law school. Lee hopes that the recipients of his father’s fellowship will continue work in public sector jobs after law school, as lifelong career servants or as an important experience in the early stage of their careers.