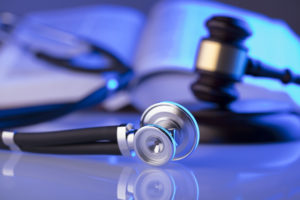 A landmark law which has fostered praise, criticism and confusion has been ruled upon by yet another court. Unfortunately, rather than receiving greater clarity, the current status of the 2010 Affordable Care Act (“ACA”), otherwise known as Obamacare, and its progeny has only become more muddled.

On December 18, 2019, a three-judge panel of the 5th Circuit Court of Appeals passed down a split 2-1 ruling in Texas v. United States. The two-judge majority agreed with a lower court that the ACA’s individual mandate was unconstitutional. Rather than deciding whether this required the entire ACA to be struck down, the 5th Circuit remanded the question back to the lower court. This means it could be months before the issue is revisited, leaving the state of health insurance in the United States in flux.

Given the highly technical nature of this ruling, some background is warranted. In 2010, the ACA was signed into law by then-President Barack Obama. “Obamacare” was the attempted solution to the U.S.’s fractured health insurance system: in 2010, approximately 50 million Americans did not have health insurance.

Obamacare has undergone numerous reforms. In 2012, the Supreme Court issued its landmark ruling in National Federation of Independent Business v. Sebelius. The Supreme Court ultimately found that the individual mandate was constitutional because it could be read as a tax, rather than an explicit command to purchase insurance. The individual mandate technically did not force Americans to purchase health insurance, because individuals could refuse as long as they made the shared responsibility payment.

In 2017, Congress further reformed Obamacare by way of the Tax Cuts and Jobs Act (“TCJA”). Among other things, the TCJA decreased the amount of the shared responsibility payment to $0. This change effectively removed Obamacares’s teeth; if someone refused to purchase health insurance, they would be charged $0 in retaliation, i.e. they would face no consequence.

The 5th Circuit then discussed severability: whether the individual mandate alone could be struck down, or whether its invalidation rendered the entire ACA unconstitutional. It is difficult to overstate the importance of this issue, given that the remainder of the ACA is the reason that adult children can remain on parental health insurance until 26 and that employers with 50+ employees must offer health insurance, among other things. The majority decided to send that issue back to the lower court, meaning that while the individual mandate has been struck down, the rest of Obamacare still stands – for now.

The dissent sharply criticized the majority’s decision. The dissent found the court should not have even heard this case, because the two individuals and 18 state plaintiffs bringing suit lacked standing to sue. To have standing, the plaintiffs must have suffered an injury. Here, the dissent found a lack of standing because “[n]obody has standing to challenge a law that does nothing.” Because the shared responsibility payment was only $0, the plaintiffs could not have suffered an injury.

That issue aside, the dissent highlights numerous other issues. The dissent found the majority’s reasoning in striking down the individual mandate to be deeply flawed, inconsistent with prior cases and classic judicial overreach. The dissent further saw “no reason” for remanding the severability issue to the lower court instead of resolving it at the 5th Circuit, which was equally qualified to address the issue and could do so far more expeditiously.

The common sense offered by the dissent is ultimately immaterial; while the individual mandate is no longer law, the rest of Obamacare remains standing until either the lower court, or the 5th Circuit, rehears the case, or the issue is taken up by the Supreme Court. The latter option unfortunately does not mean a quick answer is on the horizon: the Supreme Court has refused to speed up its consideration of whether to tackle the issue, so even if it does eventually hear the case, a decision likely will not come before the November 2020 election.

The Supreme Court is set to hear another ACA case: on January 17, 2020, the Court agreed to hear a case concerning Obamacare’s “contraceptive mandate.” The contraceptive mandate requires that employer-provided health insurance plans include contraceptives without a co-pay. While Obamacare originally exempted churches and other entities with religious objections, the Trump Administration attempted to expand the exemption to include other entities with sincere or moral objections. The Third Circuit has blocked the expansion, and now the Supreme Court is to definitively rule on the issue.

Until another court hears this case, the bottom line is that you are no longer obligated to purchase health insurance. While that may be cause for celebration for some, other rights you may not be willing to compromise, such as the ability to remain on your parent’s health insurance until the age of 26, are currently subject to invalidation. Unfortunately, no further clarity or comfort may be offered at this time: until the issue is readdressed, the state of health insurance in the United States will remain uncertain.