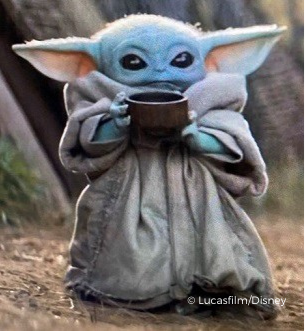 By now, you’ve probably heard of “Baby Yoda” – the popular name for the character referred to as “The Child” in the new “Star Wars” streaming series “The Mandalorian,” available on the new streaming service Disney+. The character has already achieved both critical and cultural relevance, receiving nominations for visual effects awards and even out-trending the 2020 presidential candidates. The character has gone viral, featured in GIFs and memes, spreading across both social and traditional media. In fact, Vanity Fair announced that Baby Yoda has “conquered the world” and the New York Times went so far as to declare that “Baby Yoda is Your God Now.”

The character’s rise was possible, in part, because Disney took an uncharacteristically hands-off approach to the intellectual property related to the character. In fact, while Disney has garnered a reputation as a “trademark hound” with over 5,000 active registrations, as of this article, Disney has still not even filed for a “Baby Yoda” trademark—though it should be noted that Lucasfilm Ltd. already owns the trademark “YODA.” Disney’s laissez-faire attitude goes beyond trademarks, though, as Disney has been so approving of the character’s rise that image-sharing site Giphy apologized to Disney for enforcing Disney’s IP through copyright takedowns of “Baby Yoda” images shared on its site.

And despite the character’s massive popularity, Disney intentionally delayed its production of official merchandise to help ensure that no plot points were leaked or spoiled. This makes sense when you consider that the “Star Wars” franchise has suffered from merchandise-based spoilers at least fifteen times already. However, in the absence of official merchandise, independent creators began churning out “Baby Yoda” mugs, dolls, Christmas ornaments, clothing and more. For those having a hard time keeping track of all the unauthorized merchandise, New York Magazine’s Vulture website even published a “Black Market Baby Yoda Gift Guide.” And Disney took note, shutting down some Etsy shops it felt had crossed the line between fair use and infringement. Still, one analyst suggests that the delayed release will ultimately see Disney miss out on almost $3 million in product sales.

But the explosion of memes, GIFs, and unauthorized merchandise still has significant value to Disney. Beyond avoiding any potential negative press for stringent enforcement of its IP, Disney’s decision to permit the proliferation of Baby Yoda’s image raises awareness of Disney+ and its offerings and serves as a real indicator that the streaming service has already gained traction. In fact, in the wake of Baby Yoda’s “meme stardom,” analysts have upped their subscriber projections by as much as four million. With subscriptions priced at $6.99 per month, that type of growth in subscribers would be worth almost $30 million—ten times as much as the projected lost merchandise revenue.

So one takeaway from Disney’s restraint may be that knowing when and how to enforce your intellectual property rights is just as important as obtaining them in the first place. The attorneys at KJK can assist you with both. For more information, contact Alex Welsh at amw@kjk.com or 216.736.7263, or reach out to any of our Intellectual Property or Brand Enforcement professionals.