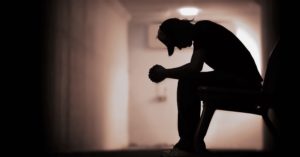 According to USA Today, colleges and universities are the new Catholic Church – harboring sexual predators on campus. We disagree. As student defense attorneys who labor in the Title IX trenches across the country, we know that colleges are rushing to adjudicate and expel students as fast possible. USA Today has it wrong.

On December 12, 2019, USA Today published “College athletes more likely to be disciplined for sex assault: A one-year investigation finds that college athletes are over-represented in sex assault cases even as many universities keep reported assaults secret.” The article claims that colleges and universities around the country protect athletes who are found responsible for sexual misconduct on campus.

In an effort to spark controversy, the USA Today article uses terms like “rape,” “sexual predator” and “sexual assault” without regard for the devastating impact these labels can have on the accused or the college community. The article cites an anonymous survey claiming that campuses are full of serial perpetrators. This research statistic would terrify even the calmest of co-eds. In 2018, an analysis by Outside the Lines stated that college athletes were about three times more likely than other students to be accused of sexual misconduct or domestic violence in complaints made at Power 5 conference schools. University and Title IX administrators, admittedly understaffed and overwhelmed, struggle to explain the numbers. Proactive Title IX education on campus and targeted training for athletic programs is key, especially in what has become a glorified, sexually-charged culture around top athletes.

Blaming student athletes for the sexual assault crisis on campus oversimplifies a complex problem. Couldn’t we just as easily blame alcohol, drugs and social media for this problem? Indeed, some reports blame Greek life more than athletic culture. We have encountered countless false accusations of sexual assault over the years. Has anyone analyzed the number of matters where athletes were accused and found not responsible for sexual assault?

Lest we forget, colleges are not courts of law. Students who are disciplined through campus Title IX proceedings are not convicted sex offenders. We advise students at campus proceedings that bear little resemblance to real court proceedings. Campus hearings have no rules of evidence and no means for an accused student to obtain evidence. Hearings are conducted using the lowest burden of proof. And, in these situations, we cannot even speak. Much like the media at times creates “fake news,” we have seen our students become “fake criminals.”

No evidence indicates that universities shelter sexual offenders. If anything, we routinely see our clients vilified on social media as rapists even before a campus investigation has begun. Our clients have no safe harbor from the court of public opinion.

When that student athlete attempts to regain normalcy and continue their education, it is not simply a matter of pushing through paperwork. USA Today’s insinuation that it’s so easy for disciplined student athletes to transfer to another institution ignores the obstacles attendant to Title IX violations. Transferring institutions have full access to disciplinary records of students and routinely deny acceptance to those with Title IX violations. Student athletes cannot move to new schools without the completion of transfer tracer forms filled out by prior educational institutions. These forms specifically ask if the student has been disciplined. Many athletic directors and coaches don’t want anything to do with student athletes who transfer to circumvent disciplinary sanctions. Finally, certain athletic conferences, like the Southeastern Conference, ban students from practice or competition if there is a criminal record or finding of responsibility for violating a Title IX policy. Despite what the USA Today article suggests, student athletes cannot easily run from discipline for sexual assault. If anything, most universities won’t risk bad publicity for appearing as rape apologists.

When faced with the vexing question of how to eradicate college sexual assault, there are no easy answers. However, USA Today’s creation of a false syllogism that student athletes are sexual predators does not solve the problem. In fact, this type of hyperbole only feeds the sex panic that we’re all trying to manage. We ask that the media fairly and accurately represent all sides of this multifaceted issue on college campuses.