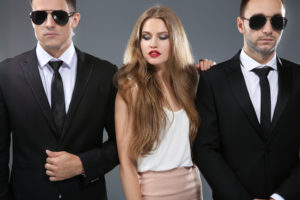 “In the past if someone was famous or notorious, it was for something—. . .  for some talent or distinction or abomination. Today one is famous for being famous.” – Malcolm Muggeridge, Muggeridge Through The Microphone

“In the future, everyone will be world-famous for 15 minutes.” – Andy Warhol

Warhol’s future is now. The threshold for celebrity lowers daily and the sands of fame and infamy shift with every second’s news cycle. Olivia Jade Gianulli, daughter of actress Lori Loughlin and designer Mossimo Giannulli, had a YouTube lifestyle channel and Instagram account, each with more than a million subscribers and followers. Commercial endorsements and advertisements for Amazon, Sephora and other companies monetized her “Olivia Jade” influencer brand. After her admission to the University of Southern California was exposed in the college admissions bribery scandal earlier this year, her social media platforms were deluged with caustic comments; her endorsement and advertising contracts terminated.

Brand owners seeking to distinguish their brand in the noise of the market often seek out celebrities and influencers like Ms. Gianulli for endorsements. And celebrity is not limited to the living. Deceased celebrity “endorsements” are also common. Two risks attend such efforts. First, public favor swings rapidly, and this evening’s influencer is late night’s punchline. Even posthumous revelations about a celebrity such as Michael Jackson can impact the desirability of tying a brand to the celebrity. Second, famous persons, both living and dead, are protected by numerous state laws protecting their right of publicity.

What Is the Right of Publicity?

Someone simply being famous does not give others the right to exploit that fame for personal gain. This is true not only of living persons but also the dead. The right of publicity is complex, rapidly evolving and frequently litigated. Use of an individual’s identity for commercial purposes without permission can result in injunctive relief and significant monetary damages. The right of publicity itself is generally defined as the right of a person to control the commercial exploitation of his or her identity, and to prevent its commercial appropriation by others without permission. The protected aspects of identity can include the individual’s name, likeness, voice and even signature. And, like any intellectual property right, it can be transferred and continue after death.

In those other states recognizing the right of publicity, the majority rule is that all natural living persons have a right of publicity, regardless of their level of celebrity. Some courts, however, have suggested that the right of publicity is limited to celebrities and others whose identities have demonstrable commercial value (see, for example, Landham v. Lewis Galoob Toys, Inc., 227 F.3d 619, 626 (6th Cir. 2000) and Pesina v. Midway Mfg. Co., 948 F. Supp. 40, 42 (N.D. Ill. 1996)). In Ohio, protection for a right of personal publicity is limited to identities with commercial value (Ohio Rev. Code § 2741.01(A)). Other courts presume that an identity has commercial value when it is used for commercial purposes without authorization (see, for example, Canessa v. Kislak, Inc., 235 A.2d 62, 76 (N.J. Super. 1967)).

California does not limit the right of publicity to any particular class of living individuals (Cal. Civ. Code § 3344). California courts have recognized that the living person statute protects both celebrities and non-celebrities. Under its separate statute, protection for deceased individuals is limited to “personalities” and extends to the unauthorized use of the deceased personality’s name, voice, signature, photograph or likeness “in any manner, on or in products, merchandise, or goods, or for purposes of advertising or selling, or soliciting purchases of, products, merchandise, goods, or services (Cal. Civ. Code § 3344.1). “Deceased personality” is defined to mean “any natural person whose name, voice, signature, photograph, or likeness has commercial value at the time of his or her death, or because of his or her death . . . ” Additionally, the California postmortem statute requires registration of postmortem rights as a prerequisite for recovery of monetary damages in a court action.

Living political figures generally have a right of publicity in states recognizing the right. However, the First Amendment provides significant protection to political speech. Therefore, First Amendment exemptions and defenses may be available where the use of a politician’s identity is part of a political statement or commentary, as opposed to a purely commercial purpose (for example, in advertising to sell a commercial product).

Right of publicity laws generally prohibit unauthorized use of the protected aspects of identity for commercial purposes or trade, such as use on commercial products and in commercial advertising. Determining whether a particular use falls within a prohibited category is fact-based, and the context and setting are important. Most state statutes, including the California and New York statutes, specifically set out types of prohibited uses. California, for example, prohibits unauthorized use of the protected aspects of identity on or in products, merchandise or goods for purposes of advertising or selling (or soliciting purchases of) products, merchandise, goods or services. (Cal. Civ. Code §§ 3344(a) and 3344.1(a)(1).) The New York statute more narrowly prohibits unauthorized use of the protected identity aspects for advertising purposes “in trade.”

Even a Person’s Voice Can Be Protected

In the 1980’s, Ford Motor company created an ad campaign built around songs from the prior decade. When the original artists refused to sign on to the campaign, Ford hired impersonators. A Bette Midler impersonator was used for one such ad. Neither Midler’s name, image nor likeness was used in the commercial, but the voice was impeccably similar to Midler’s. Midler sued Ford for using her distinctive voice. The appellate court ruled that the voice of someone famous as a singer is distinctive to their person and image and therefore, as a part of their identity, it is unlawful to imitate their voice without express consent and approval. Even a voice, or other distinctive uncopyrightable feature, is deemed as part of someone’s identity who is famous for that feature and is thus controllable against unauthorized use.

Proof of Actual Damage Not Required for Liability

Although there are exceptions, courts generally have not required proof of actual damage to an individual’s commercial interest in their identity, or commercial gain by the infringer, as a prerequisite for liability. Some state statutes, including California, provide for minimum statutory damage awards where damages are difficult to prove. Absent a statutory minimum, actual damages need to be demonstrated for monetary recovery.

Both preliminary and permanent injunctive relief is commonly sought to stop or prevent the violation of an individual’s rights of publicity. Injunctive relief is appropriate because damage to a person’s interest in their identity cannot be adequately remedied through money damages (see, for example, Michaels v. Internet Entm’t Grp., Inc., 5 F.Supp.2d 823, 838 (C.D. Cal. 1998)). While courts generally have the power to issue nationwide injunctions, a court may limit the territorial scope if it could conflict with the laws of other states; for example, enforcing a postmortem right in a state that does not recognize postmortem rights.

Many states, including California, permit awards of punitive damages for right of publicity violations subject to knowledge or intent requirements that vary by state. California courts, interpreting a general statutory requirement that “oppression, fraud, or malice” is required for an award of punitive damages, have held that a conscious disregard of the injured party’s rights will support a punitive damages award in a common law right of publicity case (Waits v. Frito-Lay, Inc., 978 F.2d 1093, 1104 (9th Cir. 1992), abrogated on other grounds by Lexmark Int’l, Inc. v. Static Control Components, Inc., 134 S. Ct. 1377 (2014)). The New York statute provides that exemplary damages may be awarded, at a jury’s discretion, if the infringer knowingly used a protected aspect of identity in violation of the statute (N.Y. Civ. Rights Law § 51). This requirement can be satisfied if an infringer continues to use the identity after receiving an objection that gives the infringer notice of the injured party’s rights (see, for example, Cohen v. Hallmark Cards, Inc., 382 N.E.2d 1145 (N.Y. 1978)).

Right of publicity cases often involve claims under Section 43(a) of the Lanham Act for false endorsement (15 U.S.C. § 1125(a)). False endorsement is a claim that the unauthorized commercial use of a distinctive aspect of identity falsely suggests that the individual endorses a product or service. A false endorsement claim requires that the use is likely to cause consumer confusion as to the individual’s affiliation, connection or association with another person, or sponsorship or approval of goods, services or commercial activities. Right of publicity claims generally do not require a showing of likely consumer confusion. However, Utah’s right of publicity statute imposes liability only if the use of an identity expresses or implies an endorsement (Utah Code § 45-3-3(1)).

Celebrities and influencers can add value to a brand campaign but in most cases require permission, and in no case can be merely appropriated without compensation. If you have any questions or would like to discuss further, please reach out to David Posteraro at drp@kjk.com or 216.736.7218, or contact any of KJK’s Brand Enforcement professionals.