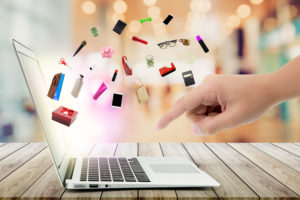 Changes are coming for Amazon sellers worldwide. On August 16th, updates to Amazon’s Business Solutions Agreement (“BSA”) will take effect. The changes, summarized below, are the result of a year-long process with German regulators.

In July of 2018, Germany’s Federal Cartel Office, the Bundeskartellamt, initiated an abuse proceeding against Amazon to examine its contractual business terms and practices toward sellers on its German marketplace, amazon.de. At the time, Andreas Mundt, President of the Bundeskartellamt, stated that as the largest online retailer operating the largest online market in Germany, Amazon played a dual role: it is both its own retailer and the marketplace for other sellers. As such, it functions as a de facto “gatekeeper” for customers. This double role as the largest retailer for sellers and largest marketplace for buyers had, he noted, the potential to hinder other sellers on its platform. As a result of many complaints it had received, the Bundeskartellamt, would “examine whether Amazon [was] abusing its market position to the detriment of sellers active on its marketplace.”

The terms of Amazon’s business agreements and related practices which the Bundeskartellamt considered abusive included the contractual liability provisions of its agreements, the choice of law and jurisdiction clauses, rules and practices concerning on product reviews, the non-transparent process for termination and blocking of sellers’ accounts, withholding or delaying payment, clauses assigning rights to use information and sellers’ intellectual property (e.g., trademarks and copyrighted images) which sellers had to provide with regard to the products offered, and terms of business on pan-European product dispatch.

In conclusion of our proceedings Amazon will adjust its terms of business for sellers active on its marketplace for the German marketplace amazon.de, for all European marketplaces (amazon.co.uk, amazon.fr, amazon.es, amazon.it) and marketplaces worldwide including those in North America and Asia. Amazon will . . . announce and publish the changes to its terms of business (Business Solutions Agreement – BSA). They will take effect 30 days later. The amendments address the numerous complaints about Amazon that the Bundeskartellamt received from sellers. They concern the unilateral exclusion of liability to Amazon’s benefit, the termination and blocking of sellers’ accounts, the court of jurisdiction in case of a dispute, the handling of product information and many other issues. With our proceedings we have obtained far-reaching improvements for sellers active on Amazon marketplaces worldwide. The proceedings are now terminated.

The Changes in Detail.

In announcing the conclusion of its proceeding, the Bundeskartellamt summarized the changes that Amazon was implementing.

On July 17th, the same day the Bundeskartellamt closed its abuse of dominance proceedings against Amazon, the European Commission announced the opening of a formal antitrust investigation to assess whether Amazon’s use of sensitive data from independent retailers who sell on its marketplace is in breach of EU competition rules. In particular, the EU will examine Amazon’s use of competitively sensitive information – about marketplace sellers, their products and transactions on the marketplace. The Commission will focus on whether and how the use of accumulated marketplace seller data by Amazon as a retailer affects competition, the role of data in the selection of the winners of the “Buy Box” and the impact of Amazon’s potential use of competitively sensitive marketplace seller information on that selection.

If you have any questions or would like further information, contact David Posteraro at 216.736.7218 or drp@kjk.com, or reach out to any of KJK’s Brand Enforcement professionals.