Why Kevin Spacey Went Free: The Evidence That Can Make or Break a Defense 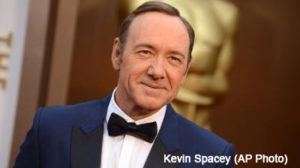 We were all witnesses to Kevin Spacey’s fall from grace. In 2017, a then 18-year-old bus boy accused Spacey of fondling him at a restaurant. The 18-year-old captured snippets of the late night on video that he shared on Snapchat, and he also contemporaneously shared details of the night with his girlfriend and friends via text messages and a group chat. Right after the allegations went public, Spacey was literally given a “death sentence” in Hollywood, as his character in House of Cards was killed off.

Yet, after a long and drawn out legal battle, the district attorney dismissed the criminal case. Huh?!! With such strong electronic evidence, why did Spacey walk? It all came down to a failure to follow basic rules of investigation that cops probably learn their first week in the police academy: preserve all evidence in its original state. Because texts messages appeared to be altered and incomplete, Spacey’s lawyer filed a motion requesting permission to inspect the young man’s phone and to conduct an independent forensic examination. That’s when the prosecution’s case unraveled.

Turns out, the prosecution didn’t even have the phone. During an evidentiary hearing, the lead detective acknowledged that he returned the phone to the accuser and failed to advise him to preserve the phone. But what’s the problem? The accuser could turn the phone over again, right? Wrong! He claimed he couldn’t find it. Making matters worse, the accuser’s mom admitted that she deleted messages from the phone before giving it to law enforcement back in 2017. The final blow to the prosecution’s case came when the accuser, upon questioning by Spacey’s lawyer about destruction of evidence, invoked his Fifth Amendment right against self-incrimination.

You might be thinking that a parade of errors like this could only happen in the movies – or a Netflix series. Not true; we see it all the time. In our nationwide practice defending students and professionals accused of sexual misconduct, we routinely see cases turn on the issues involving the preservation of electronic evidence. Cases often gain momentum – or crumble – depending on who has preserved basic evidence, such as text messages and social media.

So, what does this mean for our clients? From our first contact with clients, we advise them to preserve all texts messages, emails and social media accounts. Even though an encounter may have occurred years ago and seem insignificant, you never know. We attempt to preserve all communication with an accuser and those connected to an accuser. It’s not uncommon for us to send a smartphone to a computer forensic examiner for mirror imaging. We also download and/or screenshot social media accounts immediately.

Why are we so careful about preserving evidence? Just as in the Spacey case, social media accounts are commonly deleted or privacy settings are changed. There’s a reason people say, ‘here today, gone tomorrow.’ But what if texts, emails or other forms of communication have been deleted? Forensic exams can often, but not always, recover data. That being said, and even though forensic exams are seemingly magical when it comes to uncovering electronic evidence, you don’t want to be in a position where you’re holding your breath hoping that a computer geek is going to recover deleted content.

There’s just no reason to fail to preserve digital evidence. Regardless of what anyone thinks of the outcome of the Spacey case, there’s no excuse for law enforcement’s failure to preserve the evidence. Spacey’s case was a sobering reminder that preservation of digital evidence can make or break a defense.