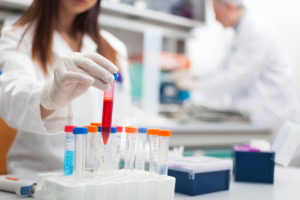 The above terms are academic and frankly seem so extreme, it is hard to conceive that any scientist, graduate student or professor would ever become involved in allegations of research misconduct.

Yet it happens more often than you might think.

In 2018, Brian Wansink, a food marketing researcher at Cornell University, experienced a life-changing fall from grace when an investigation by the school concluded he had “committed academic misconduct in his research and scholarship¹.” The investigation led to the retraction of 17 of Wansink’s papers, which together had been cited dozens of times. Once a viral superstar, whose science-backed healthy eating advice appeared in publications including the New York Times and O, the Oprah Magazine, Wansink’s reputation quickly took a dramatic – and embarrassing – turn.

Likewise, cancer researcher Fazlul Sarkar was found by Wayne State University in 2016 to have committed enough misconduct to necessitate the retraction of 41 papers across multiple journals. At one point, Sarkar was a widely-respected researcher with hundreds of published papers and $12.8 million in NIH funding under his belt. His troubles began with scientific misconduct allegations in 2013, posted in the online journal, PubPeer. Before an official investigation had even begun, the allegations alone were enough to cost Sarkar a job opportunity at the University of Mississippi.

In another example, Michael LaCour and his partner Donald Green published a paper in Science that purported to explain that personal contact by gay canvassers influenced voting attitudes on gay marriage. When later challenged by a scientist who tried to replicate the research, it was discovered that LaCour had enhanced data, lied about working with a survey company to collect data and could not have had the budget to accomplish the stated goals and objectives. Upon confrontation about this fabrication, LaCour blamed university guidelines for destroying raw data. LaCour’s professional career was decimated by his fabricated research and fraudulent tactics.

Of course, not all allegations turn out to be true or involve intent. Sometimes, honest mistakes are made. Other times, the allegations are entirely false and can even be spiteful. The moment allegations are made, scientists must immediately build a defense against a potential scandal that could easily grow into a full-blown investigation. Either way, all professionals engaged in research must be vigilant to guard their reputations, and ensure that they have documented details and back-up data to ward off spurious accusations.

KJK’s Research & Scientific Misconduct group has the experience with academic and administrative proceedings, the criminal justice system and employment issues to be able to provide a comprehensive defense for those accused of research misconduct. Collaborating with leading subject-matter experts to help unravel the substantive allegations, we are armed and ready to build a defense. If you are accused of scientific misconduct, reach out to Susan Stone at scs@kjk.com or 216.736.7220; or Kristina Supler at kws@kjk.com or 216.736.7217 as soon as you become aware institutional proceedings have begun.