Is the Party Over for Greeks at Harvard? Fraternities and Sororities Sue Harvard, Claiming Sex Discrimination 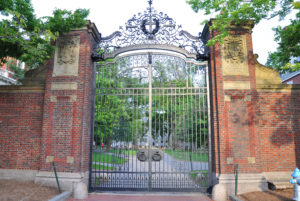 Looking back on the last year, it’s impossible to ignore the ways in which the #MeToo movement has changed our country. Many of the effects have been positive: victims of sexual assault and harassment who previously stayed silent are coming forward, empowering fellow survivors, taking a stand, and shining a spotlight on an issue whose magnitude is perhaps more far-reaching than any of us realized. The movement sparked a much needed discussion, occurring everywhere from dinner tables to social media to Hollywood and Capitol Hill. In response, change is happening in the name of combating “rape culture;” change that can certainly be seen on college campuses across America. Greek life, in turn, has been targeted, and we are now seeing Greek organizations fight back against threats to their right of free association.

One such challenge is to Harvard University, which was just hit with lawsuits – filed in both federal and Massachusetts state court – over the school’s policy barring students in single-sex social clubs from holding leadership roles and receiving prestigious fellowships. These lawsuits mark the first legal challenge to the rule, which Harvard enacted in 2016 following a report which found sexual assault and “deeply misogynistic attitudes” within all-male “final clubs.” The secretive groups, which are not recognized by the school, date back to the late 18th century with former members including Presidents John Adams, Franklin D. Roosevelt and John F. Kennedy, as well as notable figures such as William Randolph Hearst and Bill Gates. But along with final clubs, Harvard’s new policy also applies to fraternities, sororities and all single-sex groups.

In response, several fraternities and sororities are suing the school, claiming sex discrimination under Title IX and the U.S. Constitution. They argue that rather than combating the issue of sexual assault and discrimination on campus, the rule is hurting women-led organizations by taking away opportunities. They also claim that besides discriminating against students based on their sex, Harvard’s policy promotes negative stereotypes about those who join single-gender organizations, which is deterring students from joining.

Both Sides Dig In

Harvard is likely facing a lengthy legal battle. With coveted resume-building opportunities being threatened, such as captaining an extracurricular club or team, or receiving a scholarship, the student groups want the sanctions dropped and don’t plan on backing down from what they see as institutional intimidation.