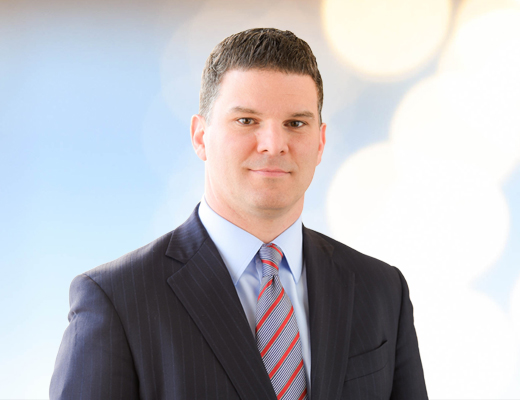 CLEVELAND (June 8, 2018) – Greater alignment among Northeast Ohio’s economic development organizations is vitally needed to improve the region’s economic competitiveness and reverse troubling trends. That will be the message of Jon Pinney, managing partner of Kohrman Jackson & Krantz, in a City Club Forum address today at 12:30 p.m., broadcast live on 90.3 WCPN.

His address, titled “Dead Last: Northeast Ohio’s Economy is Lagging and It’s Time to Do Something About It,” will highlight some of the most significant evidence of our region’s lagging economy which are particularly concerning when compared to competitive regional cities like Columbus, Cincinnati, Pittsburgh and Indianapolis. These trends include population decline, stubbornly high unemployment rates, sluggish GDP growth and significant misalignment between employer demand and available qualified workforce. Particularly troubling, says Pinney, has been recent negative national media coverage, such as Forbes’ “Best Cities for Jobs” which placed Cleveland in 71st place out of 71 major metro areas, and Business Insider’s ranking of the 40 biggest U.S. economies, which placed Cleveland 40th out of 40.

“In 2017, as our region was still riding high on the success of the 2016 Republican National Convention, I intended to write an article about the renaissance occurring in Cleveland,” says Pinney, who was the primary author of the successful RNC bid and served as secretary, treasurer and general counsel of the Host Committee. “But in the course of my research for that article, I found that the numbers didn’t reflect as rosy a picture as I expected, so the focus of my article changed.”

That article, headlined “It’s time for a tough conversation about economic development,” ran in Smart Business in January 2018, and expressed Pinney’s concerns about our regional economic performance and called for greater focus on negative economic trends. It sparked a significant positive response from business and civic leaders across the region.

“I met with business, civic and political leaders from across the region to gather a wide variety of perspectives,” says Pinney, who conducted this listening tour over the winter and spring of 2018. “I heard many of the same things over and over from the people I spoke to. They described an economic development ecosystem that is fragmented and in need of alignment and greater collaboration.”

“We need to adopt the philosophy that guides economic development in Philadelphia – we need an ‘eco-system, not an ego-system,’” says Pinney, who recently traveled to that city to study their economic development model along with his fellow members of the Leadership Cleveland Class of 2018. “We do not need another organization to achieve success. What we need is greater collaboration and inclusiveness among the organizations that already exist, so that we are speaking with one voice and rowing in the same direction.”

In order to achieve this, Pinney says that the partners in this effort must be broad and diverse, including representatives of major employers, non-profits, hospital systems, foundations, civic organizations, educational institutions, cities and counties, and more.

In today’s address, Pinney will advocate for the creation of a regional economic development summit that will bring together all of these organizations to develop a plan to improve alignment and reverse negative economic and population trends.

“We have all seen firsthand the power this region can yield when we are truly aligned, and the RNC was the best example of that,” Pinney says. “Now is the time to exercise bold leadership that is inclusive and free of parochialism and politics to chart a path forward. The future of our region is depending on it.”

Pinney’s speech will be broadcast live today beginning at 12:30 p.m. on 90.3 WCPN Ideastream and streamed online at ideastream.org. After the event, the program will be available online on demand.