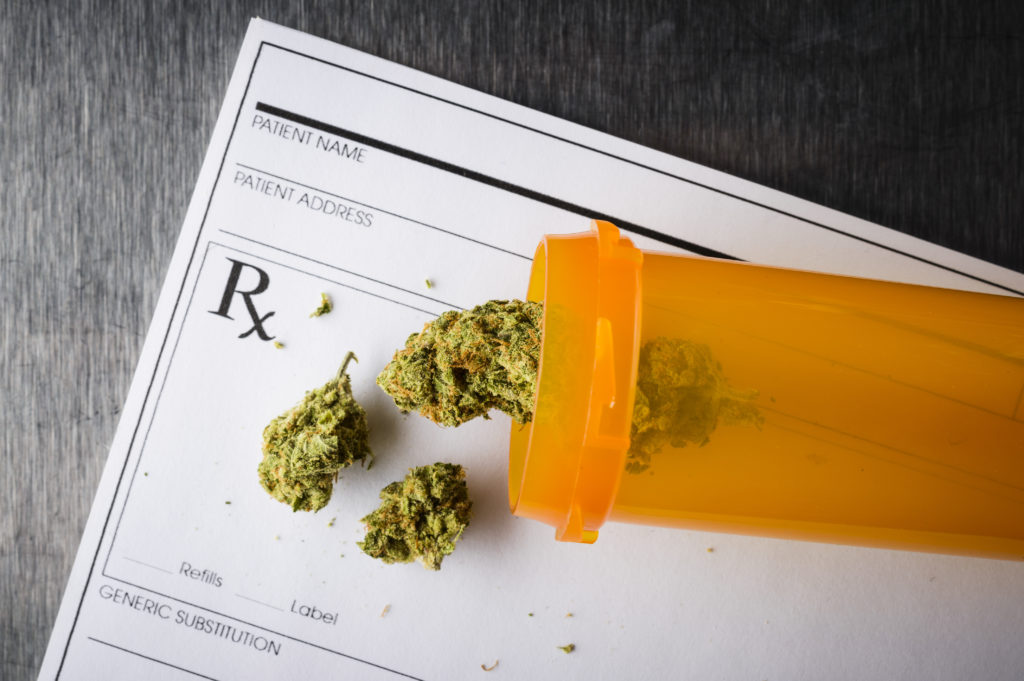 Although Ohio has legalized medical marijuana under certain circumstances, marijuana remains illegal under federal law for both recreational and medical uses. As mentioned above, the United States Drug Enforcement Administration (the “DEA”) considers marijuana to be a Schedule 1 controlled substance (in other words, in the same category as heroin and LSD). Violations of the federal prohibition on the possession and use of marijuana can result in prison time, monetary penalties, loss of property and other severe consequences.

As a result of the bizarre tension between federal and state laws in this area, marijuana businesses operating consistent with state laws are still prohibited from opening bank accounts, registering their intellectual property and benefiting from typical federal tax deductions. Patients using marijuana, including those in Ohio, can be lawfully discriminated against on such basis by landlords, employers and others. Further, patients are sometimes subject to surprising consequences under federal immigration laws as well as workers’ compensation and unemployment laws. (On a lighter note, the situation has resulted in some very entertaining yet educational late night television segments by John Oliver and others.[2])

To complicate matters, the federal law as written is not always the federal law that is enforced. Despite marijuana’s classification as a Schedule I controlled substance, the federal government has issued guidance and passed legislation providing that, as of now, the federal government will generally not interfere with state medical marijuana programs. At the same time, United States Attorney General Jeff Sessions is working hard to change that. He advocates for vigorous enforcement of the federal laws prohibiting marijuana despite state laws to the contrary. Considering the conflicting and continuously evolving state of the law in this area, it is imperative that physicians who recommend medical marijuana stay abreast of developments as they arise.

Although the law in this area could be considered as clear as mud, physicians need and deserve some guidance. Luckily, there are certain things that we know for sure. For example, here are five things that every Ohio physicians should understand, whether or not they desire to obtain a Certificate to Recommend medical marijuana.

2. Physicians must satisfy certain CME and other eligibility requirements in order to obtain a Certificate to Recommend. Briefly stated, most physicians who complete at least two hours of CME in certain Ohio State Medical Association (“OSMA”) or Ohio Osteopathic Association (“OAA”) approved courses will be eligible for a Certificate to Recommend. The CME courses are designed to assist in the diagnosing of qualifying medical conditions, treating qualifying conditions with medical marijuana and possible drug interactions. Additional information about available CME courses can be found on the OSMA and OAA websites.[4] Briefly summarized, additional eligibility requirements include that the physician:

a) have an active and unrestricted Ohio license to practice medicine and surgery as an M.D. or D.O.;
b) have access to the Ohio Automated RX Reporting System (OARRS);
c) have an active DEA registration;
d) have never been denied a DEA or state prescribing license for various reasons;
e) have never had a DEA or state prescribing license restricted based upon various circumstances;
f) have never been subject to a disciplinary action by a licensing entity based on prescribing or certain other practices; and
g) have no financial relationship with a medical marijuana entity licensed or seeking licensure in Ohio. Physicians with an entrepreneurial spirit need to be particularly aware of this last requirement.

3. The Medical Board imposes specific and detailed requirements upon physicians who recommend medical marijuana.[5] Failure to comply with such requirements can result in a failure to satisfy the applicable standard of care, professional disciplinary action, professional liability exposure and an increased risk of criminal prosecution. For example, the Medical Board rules require that physicians who recommend medical marijuana must establish and maintain a bona fide physician-patient relationship, including (a) an in-person physical examination of the patient by the physician; (b) a review of the patient’s medical history by the physician; and (c) an expectation of providing and receiving care on an ongoing basis. Further, the related medical record documentation must include numerous specific and detailed elements. Listing each and every documentation requirement is beyond the scope of this article. However, because of the importance of strict compliance in this area, we urge physicians who recommend medical marijuana to pull a copy of the actual Medical Board rules at issue and carefully review them – to not rely upon a secondary source or broad summary of the requirements alone.

5. Before recommending medical marijuana, physicians should determine, evaluate and mitigate other potential risks. For example, each employed physician who is interested in recommending medical marijuana should review whether the recommendation of medical marijuana is permitted by their employer. To that end, employment agreements, written policies and procedures, and position statements of the employer may be helpful. Note that some employment agreements also restrict outside activities or impose certain notice and transparency requirements, which may apply among other things to outside medical marijuana practices and investments. Further, physicians who desire to recommend medical marijuana should review their professional liability insurance policies to determine whether they will cover cannabis-related activity irrespective of the fact that it is illegal at the federal level. In the event that the insurance carriers may deny coverage for cannabis-related claims because of the federal government’s classification of marijuana as a Schedule 1 controlled substance, it’s advisable for the physician to explore other potential carriers that will cover such activity.[8] Although Ohio law currently provides broad liability protection for physicians who recommend medical marijuana, the law is underdeveloped and is likely to be limited over time.[9] Also consider that the limitation of liability set forth in the Ohio statutes does not prevent a plaintiff from bringing a claim even if it will ultimately be unsuccessful.

Briefly stated, it’s crucial for Ohio physicians to understand the Ohio Medical Marijuana Control Program, whether they elect to participate as recommending physicians. It seems that most physicians will at some point in their practices be asked questions about the availability of medical marijuana and will likely encounter patients who use medical marijuana in their practices. Physician practices also need to address these issues from an employment law perspective as they may have personnel who use medical marijuana as patients. There are numerous excellent sources of information on this topic, including, for example, health care attorneys, professional associations and state of Ohio websites.[10]

The Ohio Medical Marijuana Control Program becomes operational in September 2018. The time for physicians to understand the impact upon their practices is now.

[3] See for example the resources set forth at the following links: http://med.ohio.gov/Apply/Certificate-to-Recommend-CTR and https://www.youtube.com/watch?v=xz25rW1tnMI#action=share.

[5] Additional best practices can be found at the following link: https://www.fsmb.org/globalassets/advocacy/policies/model-guidelines-for-the-recommendation-of-marijuana-in-patient-care.pdf.

[7] The permissible forms of medical marijuana include: (a) inhalation of marijuana through a vaporizer (not direct smoking); (b) oils; (c) tinctures; (d) plant material; (e) edibles; (f) patches; and (g) any other forms approved by the Pharmacy Board. The law prohibits use of medical marijuana by smoking or combustion.

[8] A useful article regarding professional liability cannabis-related claims can be found at the following link: https://www.americanbar.org/content/dam/aba/administrative/healthlaw/10_paper_3.authcheckdam.pdf .

[9] Ohio law states that “a physician is immune from civil liability, is not subject to professional disciplinary action by the state medical board or state board of pharmacy, and is not subject to criminal prosecution for any of the following actions: (1) Advising a patient, patient representative, or caregiver about the benefits and risks of medical marijuana to treat a qualifying medical condition; (2) Recommending that a patient use medical marijuana to treat or alleviate the condition; (3) Monitoring a patient’s treatment with medical marijuana.” See O.R.C. Section 4731.30(H).