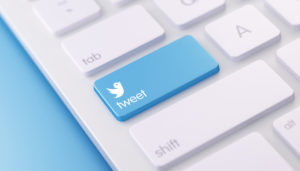 Social media has made sharing content an encouraged and mindless activity. But if what you’re sharing is copyrighted, you could face a lawsuit. In Goldman v. Breitbart et al. a New York federal court found this month that merely embedding a tweet within a news story was a violation of copyright law, even when the copyrighted image was not on the defendants’ server.

The image at issue was of New England Patriots quarterback Tom Brady, and fans speculated that Brady was part of the group wooing basketball superstar Kevin Durant to the Boston Celtics. Justin Goldman took the photo of Brady after spotting him on the street and uploaded it to Snapchat. The image went viral, including on Twitter. Several news organizations embedded these tweets so that the image would appear in stories covering Mr. Durant’s recruitment. Mr. Goldman sued the organizations – which included Breitbart, Time Inc. Vox Media and others – for violating his exclusive right to display the photo. The news organizations shot back that they were fairly sharing the image, and it wasn’t even hosted on their servers, but rather on Twitter’s servers. This was a winning theory in another case against Google for their use of thumbnail images in search results; that case created the “Server Test” which determines liability based on where the images are stored But in this case, the Goldman court was not persuaded.

Instead, the court explicitly rejected the Server Test, finding that the plain language of the 1976 Copyright Act forbid displaying copyrighted works, even in new, unthought-of mediums. The court took pains to explain how forward-thinking the Copyright Act drafters tried to be. While it is a wonderful intention for legislation to be elastic, especially for a law that governs a rapidly changing field, in practice it can backfire. Decisions like this can rely on the progressive nature of the Act without truly scrutinizing whether the language sensibly applies to new technology.

This decision is not a seismic shift in copyright law, but it could have a domino effect. The Southern District of New York court (which is well-known for its copyright work) is the second court to decline to adopt the “Server Test,” the other being the Northern District of Texas. In essence, the decision means that parties face an avenue of liability that was previously not explicitly recognized.

The case isn’t over yet, though. While this decision found that the news organizations could be liable, it did not rule on the organizations’ defenses. Those included the Digital Millennium Copyright Act – a 1998 act that aligned U.S. copyright law with requirements of the World Intellectual Property Organization – the “very serious and strong” fair use defense, and a limitation on damages for innocent infringement. However, considering the potential steep penalties for infringement, including attorney’s fees, parties need to be careful before they share information.