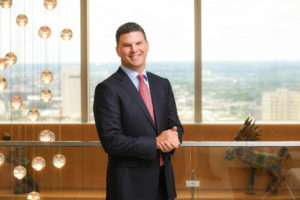 When it comes to local economic development, there have been plenty of successes to celebrate over the past year.

August’s report on the regional benefit from the 2016 Republican National Convention showed about $200 million in economic impact, along with evidence of our greatly enhanced reputation as a destination for conventions, meetings and tourists.

Last year, Dealer Tire took occupancy of its new headquarters in the revitalized Victory Center in Midtown, and Amazon announced they’ll build a new fulfillment center in the vacant Euclid Square Mall, just one of two upcoming Amazon projects that are expected to bring in 3,000 jobs and $350 million in capital investment.

Meanwhile, Progressive Insurance recently announced an expansion that will bring in 900 new jobs, and new employers such as California-based Inogen and Long Island-based Piping Rock Health Products will locate in our region.

These are just a few of Northeast Ohio’s recent economic development wins, but the picture painted by economic growth data is not quite so rosy. In the battle for jobs and investment in Ohio, Cleveland is falling behind.

Just look at the economic growth data that came out in 2017. Cincinnati’s economy grew 4.3 percent, and the Columbus economy grew even faster at 4.4 percent. But Cleveland? An anemic 2.1 percent.

How are these other cities achieving such success? Look first at Columbus 2020, the city’s leading economic development organization. Started in 2010 by leaders in 11 Central Ohio counties, the group set a goal of adding 150,000 new jobs, generating $8 billion in capital investment and raising per capita income by 30 percent by 2020.

After a little less than seven years into a 10-year plan, the group has exceeded its $8 billion capital goal by $700 million and is on pace to easily exceed jobs growth goal of 150,000 and 30 percent income growth (currently 24.4 percent).

While Northeast Ohio is keeping pace in the income category (22.6 percent), we are far behind Columbus in job creation (less than 30,000 since 2012) and lagging in capital investments ($5.3 billion) through 2016.

It’s time to start a regional conversation that not only celebrates our wins, but also tackles head on the tough issues behind our lagging economic performance. It’s time for Northeast Ohio’s business and civic leaders to look to the examples of other cities to find fresh new ways to reverse this trend.

And it’s time to ensure that we’re supporting collaboration among our effective economic development organizations so that none of them are forced to compete for attention or — more importantly — for financial resources. That’s a conversation I’m looking forward to being a part of.