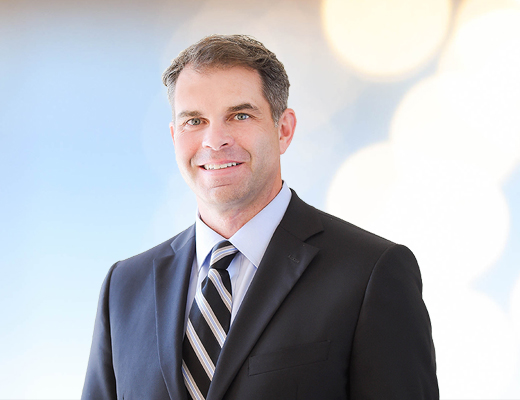 Child custody and parentage laws are complex in their own right, let alone the complications that arise when a couple brings a surrogate into the situation. The definition of who is a parent can become even fuzzier.

According to Andrew Zashin, co-managing partner at Zashin & Rich in Cleveland and adjunct law professor at Case Western Reserve University in Cleveland, and Jim Lane, partner at Kohrman, Jackson & Krantz LLP in Cleveland, laws pertaining to surrogacy, child custody and parentage develop and become clearer as more cases arise and statutes are written to address complex and novel issues by the state legislature.

“The way the law is, there is not any statutory law, somewhat surprisingly, that directly applies to surrogacy agreements in Ohio,” Lane said.

Zashin, who writes a monthly business column for the Cleveland Jewish News, said, “Life moves faster than the speed of law. Surrogacy, in vitro fertilization and adoption are not new technologies or situations so the law is clearer in relation to them. But complex new technologies are straining our legal system which naturally looks backwards for guidance and is not well equipped to predict the future. For example, who are the “legal” biological parents if an egg and sperm are donated? In such a case, four potential “parents” are involved, especially if the mother who carried the fertilized egg to term has no actual biological connection to the child. And to that point, the law is not always clear. The law evolves depending on the unique facts and circumstances of each case.”

Both Lane and Zashin referred to the Supreme Court of Ohio case of J.F. v. D.B. (2007), in which a gestational surrogate mother tried to obtain custody of a child she carried to term but had no genetic relationship. The court noted that if it had been a traditional surrogate, whose own egg was involved, the outcome would’ve been different.

Lane said that is where the laws get complex – especially with the legal differences of a gestational or a traditional surrogacy.

“In that case, J.F. v. D.B., it says there are two types of surrogacy situations –  a traditional surrogacy, where the surrogate is the biological parent of the child but agrees to contractually give up the child to the new parents, or a gestational surrogacy, where the surrogate mother is not biologically related to the child and they just carry the child,” he said. “That’s probably the more common way it’s done. (The case) says the bottom line, these types of contracts are not against public policy, which means if neither party has a biological connection to this child, that leaves open a huge question.

“Because these parties, all of them entered into this acknowledgment, including the surrogate, that document overrides the presumption of maternity that is created by giving birth. The lines get real fuzzy if you create a surrogacy in which the surrogate mother has a biological connection to the child. There is a real question under Ohio law if the contract falls through about who is the actual parent of the child.”

Zashin said, “I think the law is blurry. Legal issues will become clearer as more cases get resolved.  Moreover, a resolution might well depend on how masterfully a contract is written between the participating parents and donors. If anyone were to tell you with hard and fast certainty what would happen in a given situation, they are kidding. These issues are very complicated and up in the air, and if you want certainty – adopt. There is a real practical question here – especially if you’re carrying a child that has no scientific biological connection to you.”

According to an article in The Jerusalem Post, “Will Israeli technology render sperm obsolete?” by Judy Siegel-Itzkovich, Israeli hospital and research facility Rambam Medical Center is testing technology to create artificial sperm, where a single woman could fertilize her own eggs.

“Science is not near the point of cloning humans,” Zashin said. “But artificial reproductive technology is advancing incredibly fast and science is getting to the point where we can create a fertilized egg for two women. This sounds like science fiction, but it is not. I think cases are going to be litigated and contracts challenged and law will be made.

“Law will struggle to keep up with the speed of life. But it will. There are questions about children being biologically engineered, and we are in our own infancy of understanding these issues and the laws are, excuse the pun, embryonic. There will always be a new case that tests our assumptions.”