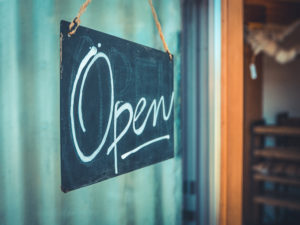 Imagine a franchise sandwich shop located here in Cleveland that employs a dozen workers. Though it’s part of a franchise, the restaurant is independently owned, pays its workers directly and manages their day-to-day supervision. And yet those same employees have to adhere to an employment manual created by the franchise corporation that dictates workplace behavior, dress code and job training.

So who do these employees work for? The franchise corporation? Or the local franchisee?

These are critical questions for many small businesses that are impacted by the Joint Employer Doctrine. It doesn’t just impact franchise operations. It’s also an issue for organizations like staffing agencies and companies that employ temps or subcontractors.

What is a joint employer?

For 30 years, the National Labor Relations Board and the Department of Labor defined a joint employer as one that had “direct and immediate control” over essential terms or conditions of employment — things like hiring and firing, setting wages, supervising and disciplining employees. In the example of the sandwich shop, if both the franchisee and franchisor had such control, they would be considered joint employers.

But a 2015 lawsuit involving waste hauler Browning-Ferris Industries and staffing agency Leadpoint upended that definition and created uncertainty around the Joint Employer Doctrine that still hasn’t been resolved. Now the NLRB only requires “indirect control” or “significant control” over the essential terms of employment to qualify a company as a joint employer, even if they don’t actually exercise that control. This decision is on appeal in the federal courts, and the expected outcome is unclear.

The impact on small businesses

So why does it matter whether your organization is deemed a joint or a single employer? Well, it can pose a risk of liability if the staffing agency you use, for instance, engages in discriminatory behavior or has a wage dispute with its employees. It can also be an issue if the temporary workers you use try to sue your company for employment discrimination. If you’re a franchisor with “indirect” control over the franchisee’s employees, the Browning-Ferris standard could deem you to be a joint employer.

Congress has now stepped into the fray, seeking to overturn the Browning-Ferris decision.

On Nov. 7, the House of Representatives passed the Save Local Businesses Act, which would redefine a joint employer under the National Labor Relations Act and the Fair Labor Standards Act as one that “directly, actually and immediately, and not in a limited and routine manner, exercises significant control over the essential terms and conditions of employment.”

Advice: Use caution in employment practices

Not sure if you meet the current criteria of a joint employer? Until there’s clarity on this issue, use caution in your employment practices. Check your contracts with staffing agencies. There are changes you can implement in your human resources department and regular business activity to avoid liability. If you use temporary employees, ensure that in practice you don’t have day-to-day control over their essential terms of employment, and require language in subcontracting and franchising agreements that protects your interests.