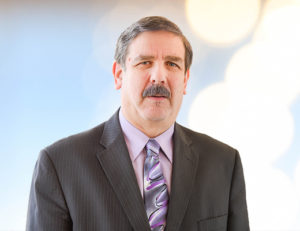 From the Watch Your Language Series, by Stephen Richman

As is commonly known, ignorance of the law is no excuse to one who is charged with a crime.

In real estate, however, while ignorance of the law will rarely result in a prison term, it will almost always result in unintended consequences that could have easily been avoided by hiring (at the outset) qualified, legal professionals whose job is to know the law and know it well. The defendants in the recent case of Bragdon v. Carter, 2017-Ohio-8257 (4th Appellate District) found this out the hard way. The facts of the case are as follows:

Burl Bragdon, an individual from Scioto County, died testate in 1998, and owned a tract of real estate at the time of his death. Bragdon’s will provided in pertinent part: “ITEM IV: I give, bequeath and devise my real estate equally to my children and friend, BELINDA DILES, BRENDA BRAGDON, BURL BRAGDON II, and BETH A NIXON, per stirpes, provided that said real estate not be sold until twenty-one (21) years after the death of my granddaughter, MORGAN MCKENZIE DILES, born April 14, 1996. It is the purpose of this bequest that my children and their heirs shall always have a place to live.”

The executrix, Belinda Diles Carter, admitted the will to probate, and thereafter, a certificate of transfer was issued, conveying a one-fourth interest in the real estate to Burl Bragdon’s three children and his friend, as directed under the will. The certificate of transfer noted the following: “Said real estate may not be sold until twenty-one (21) years after the death of Morgan McKenzie Diles.”

While apparently Burl Bragdon wanted the property to be a continual homestead for his children and grandchild, the family had other plans. After a series of transfers by the children named in the will, 100% of the interests in the property were held by Corey and Heather Bragdon (who were not named in the will, and whose relation is not explained in the decision) who wanted to then transfer the property outside of the family, without being subject to the restriction against transfer. Accordingly, Corey and Heather Bragdon (plaintiffs/appellants) filed a complaint with the trial court for a declaration that the plaintiffs hold valid title without the restriction (which plaintiffs claimed was invalid).

Basically, the trial court in Bragdon v. Carter was faced with deciding whether or not the property could be lawfully sold, in light of the restriction in the will and certificate of transfer. On January 23, 2017, the trial court entered judgment in favor of the defendants. In its judgment entry, the trial court found that the restriction on alienation was valid and that the transfer of the property was a clear violation of Burl Bragdon’s wishes, was contrary to Ohio law, and would unfairly and unjustly divest Morgan McKenzie Diles of her future interest in the property. Heather and Corey Bragdon then filed a notice of appeal.

The appellants in Bragdon v. Carter claimed that the trial court erred as a matter of law in finding the transfer restriction valid. They claimed that Ohio has adopted, from our English common-law heritage, what is known as the “rule against unreasonable restraints on alienation.” This general rule provides that since one of the main incidents of ownership of real property is the right to convey it, the law will not allow the rights of ownership to be limited by imposing restraints by those who seek to convey or dispose of their property, and at the same time maintain control over its alienation or use. This rule stems from the abolishment of the feudal “fee tail” which restricted the transfer of real property to a specific line of male heirs. Our “modern law” frowns upon such restraints since they stifle the free use and development of real property, and consequently are not in the best interests of society and commerce.

The appellee’s argument (and apparently, the basis of the trial court’s decision) was that only a valid “life estate” was transferred, not a transfer of fee simple absolute title, subject to a restriction against lifetime transfers.

The court of appeals in in Bragdon v. Carter agreed with the appellee’s general conclusion that if a valid life estate (with a remainder interest to the granddaughter) was created, the trial court’s approval of the transfers and declaration of ownership to plaintiff-appellants would unfairly and unjustly divest Morgan McKenzie Diles of her future interest in the property. In reversing the trial court’s finding for defendant-appellees however, the court of appeals determined that there was no clear indication that a life estate was intended. Citing precedent to support its holding, the court stated that “[a] devise or bequest of a life estate must be clearly expressed to be effective.” Analyzing the documents provided, the court found no mention of the term “life estate,” no designation of the granddaughter as the remainder holder, and no other indication of intent to have created a life estate. Moreover, the court cited statutory authority directing the court to not establish a lesser estate without a clear expression of the creation of the same. Pursuant to Ohio Revised Code Section 2107.51, “every devise of an interest in real property in a will shall convey all the estate of the devisor in the property, unless it clearly appears by the will that the devisor intended to convey a less estate.”

In sum, the court of appeals in Bragdon v. Carter concluded that “the real property at issue was transferred in fee simple absolute, and the portion of the devise attempting to restrict the alienability of the property is void and of no effect as being repugnant to the devise and the public policy of this State. Thus, the trial court erred in determining that the restriction was valid.” Based on the foregoing, the court reversed the judgment of the trial court and remanded the cause to that court to enter judgment in favor of plaintiff-appellants Corey and Heather Bragdon.

Simply, to win at the “game of real estate law,” you have to know the rules. It is against the rules to restrict fee simple absolute transfers of real estate to certain people for certain periods of time. It is absolutely fine, however, to transfer lesser estates such as leases or life estates. Carrying our analogy further to a game of football, a forward pass and a forward lateral both move the ball forward. However, a forward lateral moves the ball forward in such a way that it is against the rules. Lawyers are trained to know the rules, and should always be used in the game of real estate. Penalties in terms of legal fees and unintended consequences are much harder to swallow than the loss of a down, yardage or the outcome of a football game.

Another moral of this story is the common thread in many Ohio real estate decisions, and the theme of this series of articles: “Watch your language, and say what you mean, precisely, or a judge will decide what you meant.” I presume that the use of the following four words in Mr. Bragdon’s will and certificate of transfer would have changed the outcome of this decision and the “law of unintended consequences”: “life estate” and “remainder interest.”