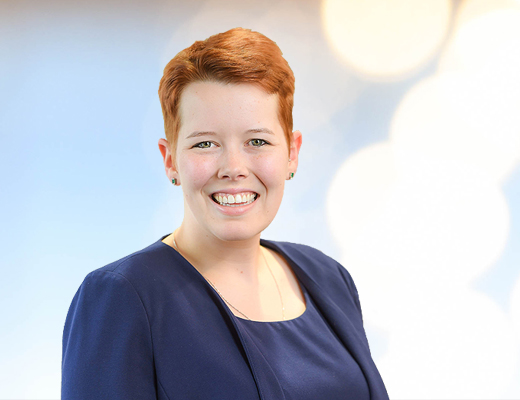 A recent Sixth Circuit decision examined basic contract issues on a grand scale – to the tune of $800 million in damages. Although the case is based in Michigan law, similar principles apply in Ohio. This is a cautionary tale that both clients and counsel must consider contract basics, even in sophisticated, multi-million dollar deals.

In Hemlock Semiconductor Operations, LLC V. Solarworld Industries Sachsen GmbH, the parties contracted to supply polysilicon chemicals for use in solar manufacturing, and the contract was re-upped multiple times. Things changed in 2009 when the Chinese government subsidized the price of the chemicals and flooded the market, causing the market price to drop below the contract price. The parties negotiated a new, temporary agreement to change their agreed-upon prices to weather the market fluctuation.

The next year, with the markets still flooded, Hemlock refused to supply the chemicals for the temporary price, and insisted that the former contracts (and higher price) controlled the transaction. Sachsen balked and refused to order more chemicals as it could obtain them significantly cheaper on the open market. Hemlock then sued Sachsen for breaching the contract. Sachsen raised a number of defenses, including illegality of the contract under international law. The Court did not accept any of the defenses and affirmed the trial court’s decision to award Hemlock $800 million in damages.

This case highlights how a few basic contract principles apply to long-term contracts, where the parties have chosen to enter an agreement specifically to provide a stable way to conduct business, such as obtaining supplies or distributing products.

Commercial Impracticability and Frustration of Purpose

Two of Sachsen’s defenses failed precisely because of the long-term nature of the contracts. Sachsen raised the interrelated defenses of impossibility/commercial impracticability and frustration of purpose. In order to use these defenses, an unforeseen event must render performance of the contract extremely and unreasonably difficult or cause the performance to become virtually worthless. In either case, the parties cannot base the defense on the assumption that existing market conditions will continue. The Court found this was true even if the change in market price was caused by the Chinese government’s presumably illegal activities.  The Court concluded it did not matter what caused the market price to change, the parties could not have assumed the market price would stay the same.

Also, the contract becoming unprofitable is an insufficient excuse from performance. Especially in this case, the whole point of the contract was to shield the parties from market fluctuations, but Sachsen wanted to breach the contract to jump back into the market. The Court did not find this change of heart convincing and held Sachsen to its agreement.

“… required Sachsen [to] purchase a specified quantity of polysilicon each year at a fixed price. The … provision obligated Sachsen to pay this yearly amount even if it declined to take delivery of the polysilicon. Second, in the event that Sachsen failed to pay the specified amount for a given year, Hemlock had the right to terminate the [contract]. Sachsen would then owe Hemlock the full remaining balance of the [contract] price, including amounts due for future years.”

Liquidated damages are decided at the formation of the contract. Parties agree to liquidated damages clauses when determining actual damages would be too difficult. In reviewing a liquidated damages award, courts consider if the damages are reasonable in light of the events that actually took place, so a plaintiff cannot receive a windfall for a relatively inexpensive breach. Hemlock met this burden as it showed that Sachsen knew Hemlock was expanding its facilities with money from the contract, in part to keep up with the production demanded in the contract.

Also, while Hemlock produced a 41-page expert report which attempted to calculate its lost profits from the breach, given the number of factors considered in play, it was difficult to rely on that damage calculation. Adding to the credibility of Hemlock’s numbers, Sachsen did not even produce its own estimated damages, a seemingly tacit approval of Hemlock’s numbers or an indication that the damages were indeed too difficult to calculate. While the Sixth Circuit did not rely on this omission as the trial court did, it was still noted.

While this language of this liquidated damages clause was harsh, it was not unreasonable. And even though the amount of damages was significant, this did not factor in significantly in the Court’s decision because the plain language of the contract and clear purpose behind it were logical and reasonable.

Hemlock is a good reminder to both clients and their attorneys that no matter how sophisticated or expensive the deal, understanding the basic contract building blocks can help parties avoid or anticipate costly issues down the road.