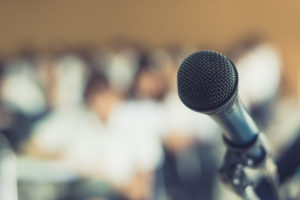 When now-fired Google employee James Damore sent out a lengthy memo to colleagues last week expressing his opinions about the gender gap in the company, it sparked a national debate about diversity in the technology industry. He was pilloried by some who believed he was implying that biological differences made women less suited for engineering, and defended by others who felt he was advancing an important conversation about the efficacy of corporate diversity initiatives.

But it also raised other important questions: Does protection of free speech apply in the workplace? What kind of speech on the part of staff can an employer control? When is it appropriate (and legal) to take action against an employee for making inappropriate or inflammatory remarks? Here are some lessons all employers can learn from the Google debacle.

One justification given by Google for Damore’s firing was that it could potentially create a hostile or threatening work environment. This is a legitimate concern for an employer to express. A private employer can dictate what kind of workplace environment they want to create, which includes what kind of speech they will permit. But also influential in the action an employer can take is the scale of the communication – expressing an unpopular or distasteful personal opinion to a co-worker over lunch is much different than disseminating a 10-page memo to thousands of co-workers which then goes viral to millions of readers around the world. The high profile of the communication worked to draw more attention to the message, which can influence the impact on a workplace environment.

The lack of free speech protection in the workplace doesn’t mean employers can fire or reprimand employees for any kind of speech they might dislike. The most important example is action that is discriminatory or retaliatory, such as punishing an employee for expressing religious beliefs that are different from the employer’s. Another example is speech that is protected by the National Labor Relations Act and is deemed “concerted activity,” such as sharing salary information or expressing views that are held by a large group of employees.

It’s important to have documented policies that specifically lay out what kind of speech is acceptable in your workplace and what is not. In Google’s case, the company argued that Damore violated the company’s code of conduct. Having a code of conduct and a social media policy – including guidelines for what employees can and cannot do and say on social media – goes a long way toward protecting an employer wishing to take action against an employee for their speech.

In deciding to fire Damore, Google was likely weighing the relative risks of customer fallout and employee fallout. Would retaining him expose them to potential lawsuits from other employees who would argue that the company was condoning what they believe to be a hostile environment? Or would firing him cause them to create the appearance that the company was shutting down legitimate arguments about diversity? Sometimes a company must take these considerations into account when deciding how to respond to an employee who has something negative to say.

If you have any questions or would like to discuss further, please reach out to Rob Gilmore at rsg@kjk.com or 216.736.7240.