The grand ballroom of the new Hilton hotel in Cleveland was the sight of the 30th anniversary gala of the Anti-Defamation League of Cleveland.  Among those honored for their service as past Board Chairs was KJK partner Alan M. Rauss. As Board Chair and national lay leader of the ADL, Alan has worked tirelessly to fight the defamation of the Jewish people and to ensure justice and fair treatment for all. His vision, dedication, and hard work have benefited countless people and serve as an inspiration to the next generation of KJK Leaders.  KJK is proud of Alan and proud of our tradition and culture of philanthropy and social justice advocacy.

The Ohio/Kentucky/Allegheny Regional Office of the Anti-Defamation League is headquartered in Cleveland, Ohio and covers Ohio, Kentucky, West Virginia and the western half of Pennsylvania. It assists victims of discrimination, provides anti-bias education to educators, parents, students and law enforcement officials, impacts public policy as it relates to hate crimes, cyber-bullying and immigration, promotes inter-faith and inter-group understanding, trains law enforcement on hate crimes and extremist groups, and promotes peace in the Middle East. 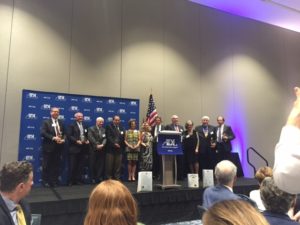 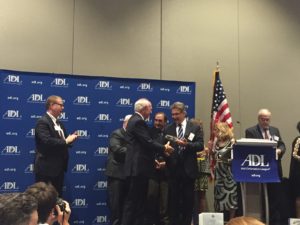