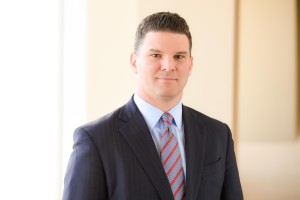 If a politician is kidnapped during the 2016 Republican National Convention, or if a cyber terrorist compromises sensitive computer data, there’s a policy for that.

At least, there ought to be.

The convention is a massive, one-of-a-kind event for the city that takes an equally massive amount of time and capital to insure. And as the GOP spends the coming months paring down its pool of prospective presidential nominees ahead of this year’s convention, event planners will continue work behind the scenes to secure policies that protect the myriad people and places involved from costly expenses in the case of some unforeseen catastrophe.

But while the city and host committee effectively began working on securing the bevy of one-time insurance policies associated with the event at least 15 months ago, only about half of the policies have been bound, estimates Jon Pinney, general counsel and treasurer of the Cleveland 2016 RNC Host Committee and managing partner at Cleveland law firm Kohrman Jackson & Krantz. Insurance falls under his purview.

“It’s been a long process, but we feel we are in a really good place,” Pinney said. “There does seem to be good competition in the marketplace.”

“But this is far more complicated than originally expected,” he added. “And I think that’s for everybody.”

A committee overseeing the task of securing insurance has been meeting monthly since October 2014, he said. One topic of discussion at the January meeting was identifying exactly what the convention’s comprehensive footprint will be, including the welcoming event, and quantifying exactly how many parties and venues are touched in the process.

There is an extensive portfolio involved, but Pinney said the host committee’s goal is to have all policies bound and set by the end of March partly because as the event nears, costs could be affected.

Those one-time policies will likely include coverage protecting everything from police and safety forces to the slew of venues hosting people and events to kidnapping and cybersecurity breaches, according to experts and those familiar with the process.

Exactly what will be covered and how much it all will cost, though, also remains unclear as bidding continues for the host committee and the city itself. Policies could be taken out by both entities independently, or one could be named to the other’s policy. That’s one of the items that remains unresolved.

As such, neither will discuss their budgets for insurance coverage, what policies will be acquired, what those will cover and what they will cost as those details could compromise the bidding process.

“The city will undertake a competitive process to acquire the insurance coverages,” said Dan Williams, Cleveland’s media relations director, in response to a variety of questions asked of Valarie McCall, chief of government and international affairs who also oversees the city’s end of insurance coverage. “It is premature for the city to discuss either the process or the coverages at this time.”

However, a look at past events sheds some light on what policies likely will be involved. All included, coverage will be in the millions of dollars, at least. But that’s somewhat of a given.

“Based upon information uncovered from prior conventions, the risk management spend for premiums related to security forces, the work and efforts of the host committee … (etc.) that has been in the seven-figure range,” said Eddie Taylor Jr., president of Taylor Oswald, a partner of Oswald Cos. serving as an insurance consultant for the host committee.

Generally, the policies covering an event of this size fall into three buckets, said Jerry Kysela, executive chairman and managing director of the North-Central Ohio region for Aon, one of the world’s largest insurance brokerages. Those are police and professional liability; general liability; and risk management.

Aon has provided coverage of similar conventions in the past including the 2012 Democratic National Convention, the 2008 Republican National Convention and a variety of other large-scale public events, including the FIFA World Cup. Kysela said Aon is one of the companies competing for RNC-related policies, but they’ve yet to be retained by anyone.

“It’s challenging (to discuss) because I don’t know what format the city will use,” Kysela said.

Arguably the most significant policy, though, will be a police and security professional liability policy, which is loosely referred to by some as protester insurance. Protests are to be expected given the political nature of the event, and this policy would cover possible liability claims that could arise from those kinds of activities. That could carry a very large deductible in general, but that could be even higher in the city’s case considering the police department’s documented history of excessive force — a variable that will be factored into the policy, Kysela said.

Notably, the 2008 and 2004 Republican conventions in St. Paul, Minn., and New York City reportedly saw some 800 and 1,800 arrests for civil disobedience, respectively. In the latter example, according to The New York Times, the city paid more than $8 million in damages and eventually settled with thousands of other individuals for nearly $18 million.

For those historical reasons, Pinney said, that policy is a high priority.

“If that policy gets hammered with claims — and it will — then it won’t have an ongoing effect on city of Cleveland programs we pay for with our tax dollars,” Kysela said.

Regardless of Cleveland police history and other global unrest, Taylor asserts there haven’t been any issues finding coverage.

“In this industry, there are some companies who don’t like some risk profiles,” he said. “So while we put this out in a broad way, we know there is someone who would not want to take on an event like this, but we want to make sure we are exhaustive in our work. We haven’t had any challenges finding organizations willing to party with us or offer coverage.”

The general liability policy, which would cover the usual accidents like slips and falls but doesn’t include safety forces, will also likely be quite extensive. That could also include directors and officers liability coverage.

A risk management policy would likely include training security forces, temp workers and volunteers putting the event on. And there’s property insurance that will cover damage to facilities themselves like Quicken Loans Arena and the convention center in addition to accidents that could occur during temporary build-outs at those locations and others.

Other specialty policies also come into play, including those for terrorism — which could be an endorsement on the property policy — cybersecurity and what’s become more commonly known as KRE insurance (kidnap, ransom and extortion).

However unlikely, kidnapping, ransom and extortion are possible. The most likely event would be extortion, Kysela said. That policy would come to play if, say, someone affiliated with a terrorist faction claimed to place a bomb at one of the venues they would detonate unless they received some massive sum of money.

“It’s going to be very complicated,” said Kysela of the insurance process. “And the cost will depend on how they structure it, retention on major programs and how much limit they buy.”