Brand Developments to Look for in 2020 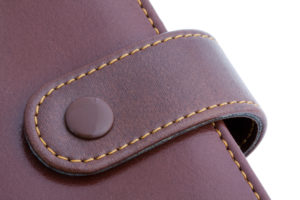 The Supreme Court this past week agreed to hear two trademark cases next term. In Lucky Brand Dungarees, Inc. v. Marcel Fashions Group, Inc., the Court will decide “whether, when a plaintiff asserts new claims, federal preclusion principles can bar a defendant from raising defenses that were not actually litigated and resolved in any prior case between the parties.” In Romag Fasteners, Inc. v. Fossil, Inc. et. al., the question is “Whether, under section 35 of the Lanham Act, 15 U.S.C. § 1117(a), willful infringement is a prerequisite for an award of an infringer’s profits.” In Romag, the courts of appeals are divided six to six on the subject.

Section 43(a) of the Lanham Act prohibits trademark infringement (i.e., false representations regarding the origin, endorsement, or association of goods through the use of another’s distinctive mark). Section 35 of the Act provides that where there is a willful violation, “subject to the principles of equity” a plaintiff is entitled to recover the infringer’s profits. The Third, Fourth, Fifth, Sixth, Seventh and Eleventh Circuits make an infringer’s profits available under section 35 without requiring a threshold showing of willfulness; the infringer’s intent is merely one factor among many in fashioning the equitable remedy. The remaining six circuits reach the opposite conclusion. In the Second, Eighth, Ninth, Tenth and District of Columbia Circuits, plaintiffs have no chance to persuade a judge to award them profits under section 35(a) unless they first clear the hurdle of showing willful infringement. The First Circuit imposes the same requirement but only where the parties are not direct competitors.

The effect of these conflicting standards has serious practical and policy implications. Because a plaintiff’s actual damages are often difficult to measure, an award of an infringer’s profits is often the only meaningful monetary relief that trademark owners can secure for infringement. The Romag case illustrates the point. Fossil, Inc. and Fossil Stores I, Inc. infringed Romag Fasteners, Inc.’s trademark rights. But because the jury determined that Fossil’s infringement was not willful, Romag was barred from receiving any of Fossil’s profits.

Romag sells its proprietary patented magnetic snap fasteners under its registered trademark, ROMAG®.  The fasteners are used as closures in wallets, handbags and other leather goods. Fossil designs, markets and distributes handbags and small leather goods. Fossil does not manufacture its own products. Instead, Fossil contracts with factories outside the United States to produce its designs. Superior Leather Limited, a Chinese company, manufactured the Fossil products at issue in this case.

In 2010, Howard Reiter, Romag’s president, discovered that certain Fossil handbags sold in the United States contained counterfeit snaps bearing the ROMAG mark. Romag brought suit in the United States District Court for the District of Connecticut against Fossil and retailers of Fossil products, including Macy’s, for patent and trademark infringement. Romag alleged that the defendants knowingly adopted and used the ROMAG mark, without Romag’s consent, when selling Fossil handbags that contained magnetic snap fasteners bearing the ROMAG mark. Romag sought injunctive relief and monetary damages, including an accounting of the defendants’ profits.

After a seven-day trial in 2014, a jury found that Fossil had infringed Romag’s trademark, falsely represented that its products came from the same source as Romag’s, and infringed Romag’s patents. However, the jury found that none of Fossil’s violations were willful. Rather, the jury found that Romag should be awarded trademark damages under two separate theories. It first determined that Fossil should pay $90,759.36 in profits to Romag “to prevent unjust enrichment” and $6,704,046 in profits “to deter future trademark infringement.”

After a separate two-day bench trial on Fossil’s defenses and remedies, the District Court concluded that Romag was not entitled to any award of Fossil profits because Romag had failed to prove that Fossil’s trademark infringement was willful. The court stated that section 35 of the Lanham Act, as interpreted in the Second Circuit, requires a preliminary finding of willful infringement in order to recover profits for trademark infringement. As such, the District Court struck Romag’s profits award in its entirety.

Romag appealed to the Federal Circuit, which had exclusive appellate jurisdiction over the entire case because it involved a patent claim. The Court of Appeals affirmed the District Court’s decision.

In its petition to the Supreme Court, Romag noted that every federal court of appeals has considered whether plaintiffs must establish willful infringement before they can litigate their entitlement to an award of an infringer’s profits. Six have answered in the negative; six have answered in the affirmative. That deep and even split on a frequently recurring question thwarts uniform application of federal trademark law.

Whether willfulness is a prerequisite to recovery of an infringer’s profits often determines whether the mark holder can recover any monetary remedy for a trademark violation. Compensation based on the plaintiff’s actual damages is often difficult to measure and obtain. Many courts require a plaintiff to prove actual consumer confusion or deception in order to receive its own damages. But the courts have universally acknowledged that proof of actual confusion is extremely difficult, if not almost impossible, to secure. As Romag’s petition to the Supreme Court noted, the case “presents a clean opportunity for [the Supreme Court] to address a question that has divided the lower courts for decades. A decision in Romag’s favor—holding that the district court must consider all relevant factors and cannot bar [a plaintiff] from receiving profits merely because the jury did not find willful infringement—would conclusively resolve an intractable six circuit split and restore uniformity to federal trademark law.”

Had Romag’s case been brought in the Sixth Circuit, Romag would have been entitled to the award of Fossil’s profits as the Sixth Circuit has determined that willfulness is “not required” but is rather “one element that courts may consider in weighing the equities.”   Laukus v.  Rio Brands, Inc., 391 F. App’x 416, 424 (6th Cir. 2010).

If you have questions or would like more information, contact David Posteraro at drp@kjk.com or 216.736.7218, or reach out to any of KJK’s Brand Enforcement professionals.