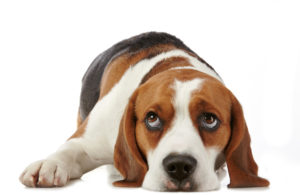 Who would’ve ever thought that a dog could be a witness in a Title IX case? Indeed, since Title IX tribunals are already “kangaroo courts,” our practice incorporates creativity whenever possible. And, believe it or not, we’ve argued the doggy defense.

Take, for example, a case in which a Title IX complainant filed a report claiming a sexual assault when a student came over to watch a movie and hang out.  The alleged assault occurred sometime during the evening. Notwithstanding the roommate was sleeping the entire night in the next bed, we learned that the complainant’s dog was also snoozing away under her bed. How could the information possibly be useful? We pondered whether Fido would stay asleep while his master was being mauled by an alleged sexual predator?

We consulted with an expert on canine behavior and learned two important points.

First, dogs are generally interested in human sexual activity. Human sex can sometimes look like play to dogs. Unless a dog has some familiarity with its master engaging in sexual activity, the dog might try to insert itself into the situation, thinking it’s play time. Yes, one would expect Fido to jump, wag his tail, and beg to be part of the fun. Either the roommate certainly would’ve woken up with this type of commotion, or Fido “interruptus,” meaning the sexual activity would’ve stopped when Fido wanted to be part of the activity.

Second, when a dog encounters something new in an environment, such as a person, there are three primary responses: advancement towards the stimulus and investigation, attack the stimulus, or avoidance.  The majority of the time, dogs engage in advancement. No advancement occurred in our case at all. Fido didn’t investigate or sniff, and he saw no reason to investigate a new situation. Fido didn’t bark. Fido didn’t retreat over fear. Our client didn’t experience so much as a growl, much less than a nip or bite. The evening was uneventful for all parties.

What do these two observations about dog behavior have to do with a Title IX case?  If a Title IX complainant alleges a violent sexual assault and an emotional support animal is resting peacefully under the bed, something may be amiss. It’s unlikely that an emotional support dog wouldn’t respond to the stimulus. Certainly, every case is different and not all dogs respond similarly. That being said, when such a circumstance arises, it may prove beneficial to consult with a dog training expert to explore whether a viable doggy defense exists.

More importantly, not to wag our own tails, but Title IX allegations have become so beyond all bounds of common sense, desperate times call for desperate measures. While many cases have merit, we see an equal measure of outlandish accusations. And, without risking being in the dog house for voicing an unpopular opinion, we’ll pull out all the stops to expose meritless allegations – including interposing the doggy defense when necessary.