Will I Be Arrested? 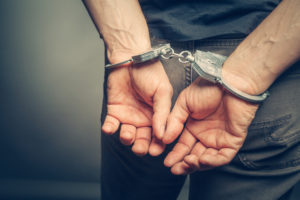 At least once a week, clients ask us questions along the following lines: someone filed a police report against me, will I be arrested? When will I be charged? Will the police come looking for me? I didn’t do anything wrong, so when will the police tell me the case is closed? These questions are all normal to ask.

The path from a police report to criminal charges is often a long road, especially when the allegations involve felonies. If a felony is committed in front of a police officer, an arrest can be made on the spot without an arrest warrant. If, however, an alleged crime occurs behind closed doors, police will generally investigate and then obtain an arrest warrant. Why don’t police arrest suspects immediately after a police report is made? Police understand that they cannot arrest without the requisite probable cause, so they typically wait until a case is built before escalating the matter.

In our practice, representing college students and professionals facing allegations of sexual misconduct, it’s not uncommon for our clients to live in limbo for months, even upwards of a year, before knowing whether a prosecution will take place. This period of uncertainty is agonizing, but can prove to be invaluable for purposes of building a defense. With lawyers in place, evidence can be collected before it disappears and witnesses can be interviewed before memories fade. Doing nothing during the period of limbo is a gamble we don’t like to take. We push to do everything we can to investigate and try to convince law enforcement officers and prosecutors that criminal charges should not be filed against our client.

So how are criminal charges filed? Felony charges begin with a charging instrument called an indictment. Again, a mere police report generally isn’t enough to obtain an indictment. Instead, police must gather evidence that is presented to a grand jury to convince the grand jury that it’s reasonably likely that the suspect in question actually committed the crime. Rarely do grand juries not issue indictments after a case is presented, which is why it’s so important to avoid having a case presented to a grand jury if at all possible.

What happens once a criminal indictment is filed? It depends. Some jurisdictions issue indictments with arrest warrants. In these situations, rarely do police drive around actively looking for the defendant to arrest him. Rather, if police come into contact with the defendant, regardless of the circumstances, the defendant can be arrested. If a suspect knows of the indictment, he can voluntarily surrender to begin court proceedings. A voluntary surrender always bodes better for a defendant than an arrest, which is another reason why it’s so important to secure legal representation early in the investigative process. Jurisdictions that don’t issue an arrest warrant typically issue a summons, which directs the defendant to appear in court on as specific date.

No News is Good News!

If an extended period of time passes without hearing from the police, be grateful. There’s something to the adage “no news is good news.” Rarely do law enforcement agencies send out letters saying “sorry to have bothered you, case closed!” Instead, some cases can just die on the vine.