Were Single-Sex Fraternities Bullied off Campus at UMW? 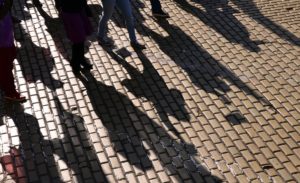 This article was published in the January 2019 edition of the Fraternal Law Newsletter.

College campuses have long been known as incubators for political values. From 1960s sit-ins against the Vietnam War to high-profile rape culture debates on campus, the world of higher education is often home to activism. Like-minded students have a way of finding each other and creating ways to champion their shared beliefs. Whether it’s through social interest groups, athletic teams, or Greek organizations, students should be free to explore and cultivate interests and hobbies, while also respecting those with different viewpoints.

In 2014, the school’s student senate voted to allow male-only fraternities on campus. Amid this decision, the student group Feminists United allied against Greek life coming to campus, arguing that fraternities would bring about an increase in campus sexual assault. Heated deliberation among the student body unfolded on the now-defunct social media app Yik Yak. The debate spiraled and members of Feminists United found themselves subject to vulgar and sexist threats by anonymous students. Members of the school’s rugby team went so far as to create a video in which they chanted in favor of sexual violence against Feminists United. Instead of pointing out the flaws and factual inaccuracies posed by Feminists United members, the rugby players advocated for sexual brutality, eventually losing their own right to remain on campus.

Feminists United repeatedly communicated with UMW’s Title IX office to express their growing concerns about their safety following the number of threatening Yik Yak messages. A debate ensued concerning whether UMW did enough to protect the members of Feminists United. The Title IX coordinator was maligned for indicating that the University was powerless to address the offending conduct and the school’s president, Richard Hurley, was similarly criticized for being ineffective at managing the situation. However, at some point, UMW disbanded the rugby team and required all members to submit to sexual assault training. Notwithstanding, the crisis kept escalating on campus.

Seeking legal redress, Feminists United sued UMW for violating Title IX by being deliberately indifferent to student-on-student sexual discrimination, and for the retaliation they experienced after engaging in Title IX-protected conduct. Feminists United also pursued a civil rights claim against President Hurley, individually, for his lack of responsiveness to cries for help. While the trial court dismissed the plaintiff’s case at the pleading stage, the Fourth Circuit reversed the trial court’s decision and essentially rebuked the school for not doing more to protect Feminists United members.

The UMW case is noteworthy not just for its Title IX analysis, but for its discussion about what schools must do to address offensive speech. The case has significant implications for the First Amendment on college campuses and, not surprisingly, there is intense debate about how far colleges should go to limit online speech. Many argue that the Yik Yak messages in question were protected under the First Amendment, and thus, the school was not obligated to take action against the so-called cyber-bullying. Others point out that universities can and should respond to reported threatening speech because “true threats” are not constitutionally protected speech.

Ironically, while the issue of single-sex fraternities sparked the debate, Greek members were not implicated in the untoward behavior by members of the rugby team or in the Yik Yak postings. However, single-sex Greek social fraternities became the sacrificial lamb during the ordeal between Feminists United, rugby team and UMW. In 2014, when the controversy was at its peak, President Hurley placed a hold on having the traditional Greek system on campus. Single-sex Greek life does not exist at UMW to this very day. One must question whether single-sex fraternities were bullied off campus to appease a relentlessly vociferous group on campus.

A lesson lost in the UMW opinion is freedom of association, which is the right to join and form groups. Perhaps this calamity could have been avoided had UMW done more to encourage its students to respect the rights of fellow students to associate. Instead, Feminists United assumed that the introduction of Greek life meant UMW was ignoring the heightened risk for sexual assault on campus. The cognitive leap was overbroad and unfounded. While Feminists United members might not like fraternities, trying to block their ability to form on campus based on an assumption that single-sex fraternities were the cause of sexual violence was extreme and misguided. The right to voice an opinion was not met with respectful debate but with requests to stifle free speech and quash freedom of association. The ensuing events forced extreme intervention that weakened the ability of students to coexist despite competing views.