CLEVELAND, September 24, 2012 – Leaders of the Mt. Sinai Health Care Foundation and Cleveland Foundation today announced that each organization has committed $10 million to launch Case Western Reserve University’s campaign for a new medical education and research building. The grants represent the largest single awards in the history of both foundations.  Watch the video announcement. 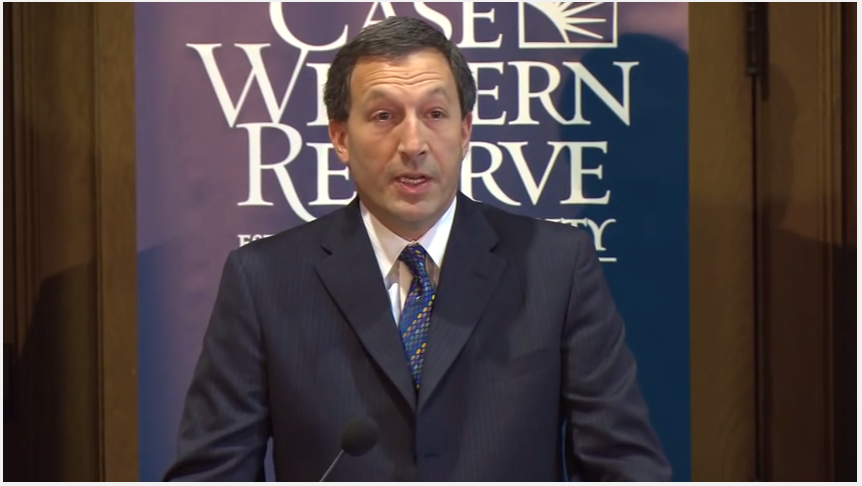 “CLEVELAND – Leaders of the Mt. Sinai Health Care Foundation and Cleveland Foundation today announced that each organization has committed $10 million to launch Case Western Reserve University’s campaign for a new medical education and research building. The grants represent the largest single awards in the history of both foundations.

“This major commitment to the future of the Case Western Reserve School of Medicine continues the mission of medical excellence, teaching and research that were the hallmarks of Mt. Sinai Medical Center for nearly a century,” said Marc C. Krantz, chair of the Mt. Sinai Health Care Foundation’s board of directors. “Much of its lifesaving, groundbreaking work took place in partnership with the Case Western Reserve School of Medicine. With the construction of the new medical school building on the site of the Mt. Sinai Hospital, we are thrilled to continue the legacy of a special hospital and return the land to a useful medical purpose that will improve the human condition.”

Ronn Richard, President and Chief Executive Officer of the Cleveland Foundation, expressed great pleasure at the opportunity “to stand shoulder-to-shoulder” with the Mt. Sinai Foundation on this transformational commitment to the university and to the community as well.

“We feel that the future of Case Western Reserve and the future of Cleveland are inextricably linked,” Richard said. “To be a great city, Cleveland needs a first-class national research university.”

Leaders of both foundations said they were moved to make the unprecedented awards because of the compelling case that university leaders had made regarding the need for a modern medical school facility. They added that the awards represented a “vote of confidence” in President Barbara R. Snyder, School of Medicine Dean Pamela B. Davis, the university Board of Trustees and its faculty, students and staff.

“We are honored and humbled by the faith these two foundations have shown in Case Western Reserve by providing the first $20 million toward this project,” President Snyder said, “and committed to showing that confidence is well placed.”

While the building plans are in their earliest stages, Snyder estimated its total cost would be about $50 million. Its total space will be about 160,000 square feet, spread over a five-story structure that encourages collaboration among disciplines, faculty and students. The university expects to locate the new building on the West Campus, a 14-acre parcel that once stood as the home of the Mt. Sinai Medical Center.

The Case Western Reserve School of Medicine ranked 24th in the nation in this year’s rankings in U.S. News & World Report. Its students average entrance examination scores stand three-tenths of a point behind those of #1-ranked Harvard Medical School. The medical school also draws more than $300 million per year in federal research funding, money that benefits discovery, patients and the city’s economic fortunes.

While renovations have taken place over the years, Case Western Reserve’s existing space for medical students dates back to the 1950s. The new building would include technologically advanced anatomy labs, seminar rooms designed for the school’s acclaimed Western Reserve2 educational model, and the school’s community health research and outreach programs.

With this award, the Cleveland Foundation is making the first in a series of extraordinary commitments to the community to mark its centennial in 2014.

“Our centennial grants will be above and beyond the $80 million we typically give annually,” Richard said.

He explained that this grant was made possible by four Cleveland families who left charitable gifts to the foundation in the 1960s and 1970s – all earmarked for medical research and education.

“By pooling these funds, we are able to make this powerful gift,” he added. “How pleased these donors would be to know that their gifts are helping to create a new 21st century medical school for Cleveland, a cause unimaginable 50 years ago.”

Founded in 1996 after the sale of the Mt. Sinai Medical Center, the Mt. Sinai Health Care Foundation’s stated priorities include academic medicine and bioscience as well as urban health and health policy. Over the years Mt. Sinai has invested generously in the School of Medicine, providing support for such initiatives as the Mt. Sinai Skills and Simulation Center and the Mt. Sinai Scholars program. The former enables students and health care professionals to develop clinical competency and hone techniques critical for cutting edge care, while the other provides opportunities for the School of Medicine to attract rising academic scientists to launch their research efforts in Cleveland.

Yet the partnership between Mt. Sinai and Case Western Reserve dates back well before the creation of the foundation. Foundation President Mitchell Balk explained that over the years literally thousands of medical students trained at the medical center, which for decades treated the poorest patients of any private hospital in the state. Mt. Sinai also had the region’s first emergency medicine residency program, and served as the East Side’s only Level I trauma center.

“I can think of no more meaningful grant to perpetuate the Mt. Sinai mission and the interest of thousands of Mt. Sinai donors,” he said. “Both of our foundations hope our commitment encourages others to join with us.”